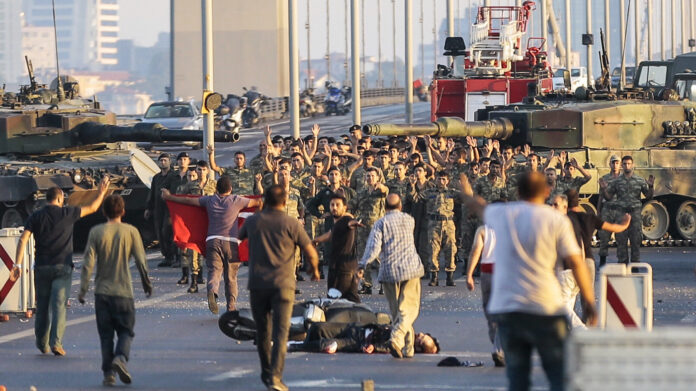 A Turkish court on Thursday sentenced around 500 defendants to life in prison for the 2016 coup attempt against President Recep Tayyip Erdogan. This was reported by Anadolu Agency, the state-run media.

Fethullah Gulen, a US-based Muslim preacher who was also an ally of Erdogan, has been accused of ordering the failed coup. The movement he led has been banned as a terrorist group by Ankara. Even so, Fethullah Gulen emphatically has denied all accusations.

In total, 251 people have died with more than 2,000 injured in the incidents that have turned into the most defining moments for Erdogan’s rule and political developments in Turkey today.

The material for the trial which was held on Thursday (26/11) discussed the events that took place at the Akinci Air Force base near Ankara.

General Hulusi Akar who was Chief of the Turkish Military Staff (now defense minister), along with other high-ranking military commanders were held hostage for one night before being rescued on the morning of July 16, 2016.

Trials of 475 air base pilots suspected of being involved with other suspects linked to the base began in August 2017. The trials were held in Turkey’s largest courtroom inside the prison area in Sincan, Ankara province.

They have been charged with crimes including murder, trying to violate constitutional orders and trying to kill Erdogan. The guilty verdict will culminate in a life imprisonment.

The public prosecutor accused them of leading and staging a coup from the base. Turkish officials believe that it was from the location of the base that the pilots were given orders to bomb state buildings using jets.

As a result, the parliament building was hit three times by F-16 fighter jets, as well as roads near the presidential palace and the headquarters of the Ankara special forces and police.

At the time of the incident, Erdogan was reportedly on holiday in southern Turkey.

The bombs that were dropped killed 68 people in the capital and injured more than 200 people. Nine civilians were also reported killed in an attempt to stop a plot at the entrance to the base.