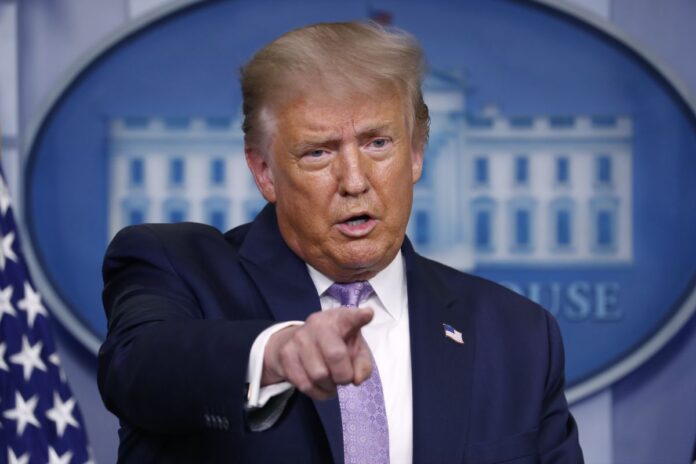 As president of the United States, Donald Trump has privileges, including protection from lawsuits, both civil and criminal.

This privilege will soon be revoked following his defeat in the 2020 presidential election.

Once the privileges are revoked, Trump will become an ordinary citizen.

“Once he leaves the White House, the atmosphere will immediately change,” Daniel R Alonso, a former federal prosecutor and prosecutor in New York State told the BBC.

Donald Trump ‘will never admit defeat’. Trump acknowledged Biden’s victory, but again refused to give up. Joe Biden wins in Georgia. Donald Trump implies the possibility of a new government

“There is no power left that can protect him from legal investigations,” Alonso said.

Of particular concern for Trump and his real estate company, the Trump Organization, are the criminal investigations that law enforcement officials carry out in New York.

Beyond that, there are other cases awaiting, and perhaps to continue after Trump is no longer a president, including cases of alleged fraud and sexual harassment.

This case is known as the ‘hush money’ scandal.

Karen McDougal, a Playboy model, claimed to have had sex with Donald Trump. When McDougal and Daniels revealed the existence of ‘hush money’ in 2018, law enforcement officials launched a criminal investigation.

The focus of the investigation is Michael Cohen, Trump’s personal lawyer.

When investigated, Cohen admitted to arranging payments to McDougal and Daniels.

The court ruled the payments to the two women were campaign finance offenses and Cohen was sentenced to three years in prison in 2018.

Apart from the investigation against Cohen, there are still cases handled by law enforcement agencies in New York.

Manhattan prosecutor Cyrus Vance is investigating whether the Trump Organization faked company documents related to payments to McDougal and Daniels.

In New York, falsifying company documents is a criminal offense with a maximum penalty of one year in prison.

The problem is, in New York, minor crimes such as falsifying company documents have a time limit of two years, while the payments to McDougal and Daniels were made more than two years ago.

Former federal prosecutor, Daniel Alonso, said maybe prosecutors in Manhattan could not bring Trump to court in this case.

However, that does not mean the case is completely closed.

In New York, falsifying company documents can be filed in court if it is done to conceal a more serious crime, such as tax evasion.

The length of time for investigations into these more serious crimes is longer and sentences are also harsher.

Summer Zervos accused Trump of sexual assault during a meeting to discuss job vacancies at a hotel in Beverly Hills in 2017.

Trump has been accused of sexually abusing several women over the decades.

Trump himself rejected all charges, describing them as a “black campaign to destroy his reputation”.

Many of these women opened their voices during the 2016 presidential election campaign. At that time, Trump promised to sue them, but until now he has not taken that step.

In fact, two women have sued Trump. One of them, E Jean Carroll, a columnist for Elle magazine, accused Trump of raping her in the locker room of a luxury store in 1990s Manhattan. Trump rejected this claim.

In his lawsuit, Carroll said Trump was defaming her because Trump said “it was impossible to rape because Carroll was not his type”. Carroll asked for compensation and urged Trump to retract his words.

Zervos accused Trump of sexual assault during a meeting to discuss job openings at a hotel in Beverly Hills in 2017.

Trump dismissed these allegations and described Zervos as “fabricating a case to become famous”.

Trump’s lawyers were trying to thwart the lawsuit on the reason that as a president, Trump has had law immunity.

“That argument will no longer be valid on January 20 [when Trump’s term ends],” Barbara L. McQuade, professor of law at the University of Michigan, told the BBC.

In the book she wrote, Mary Trump described Trump as a “very dangerous person”. The lawsuit by Mary Trump, President Trump’s nephew, went to court in September.

In this lawsuit, Mary accused Donald Trump and his siblings of fraud against her over the family estate and company.

The lawsuit said Donald Trump and his brothers were “taking action to divert funds that should be due to Mary Trump”.

It was also said in the lawsuit that “they deceived her by not revealing the true value of the inheritance she should have received”.

So far there has been no response from Donald Trump.

What is clear, if the prosecutor later asks for documents or testimony, Donald Trump can no longer use his presidential duties as an excuse to be absent.

4. Take advantage of the position for personal gain

Trump has been accused of receiving personal gain by exploiting his position as a public official.

A prohibition on using public office for personal gain is written in the United States constitution.

There are rules in the constitution that require all federal officials, including the president, to obtain congressional approval before accepting benefits from other states.

There are three lawsuits in Washington that accuse Trump of not seeking Congressional approval.

One of them, entertaining state guests at the Trump International Hotel in Washington DC. Trump’s action was considered a violation of the law.

Trump reasoned, however, that he also needed to earn income, outside of his salary as a state official.

However, many are pessimistic that this case will continue.

Trump’s alleged violation of the constitution by using public office for personal gain may only become an academic debate.

Apart from those four cases above, there are cases of tax evasion that have also been accused of Trump.

Manhattan attorney Cyrus Vance has requested Trump’s financial statements, including tax payment documents during Trump’s tenure as president in the past eight years.

Trump is expected to appeal and bring the case to the Supreme Court.

There is still one more case involving Trump and Cohen, his personal lawyer.

In February 2019, Cohen told members of Congress that Trump inflated the value of property assets to get loans and downplayed the value of these assets to reduce the amount of taxes he had to pay.

Trump’s side said the authorities were carrying out “political revenge” by investigating this case.

The case was handled by New York prosecutors, Letitia James. She still needs documents and testimony from Trump if she wants to advance the investigation.

While serving as president, Trump said he was too busy to face this case.

When he is no longer president, he certainly can’t use this excuse.