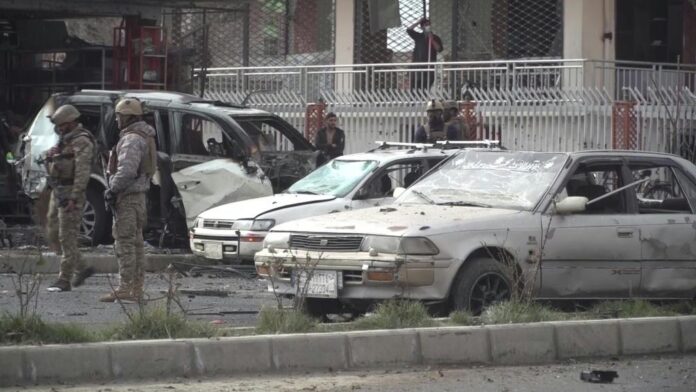 A car bomb exploded in the capital city of Afghanistan, Kabul, on Sunday (20/12) morning local time, killing nine people and injuring a member of the local parliament.

According to the Minister of the Interior of Afghanistan, Masoud Andarabi, the wounded in the incident reached 20 people, including a member of the people’s parliament, Khan Mohammad Wardak. He said Wardak is currently in stable condition, as reported by the Associated Press, Monday (21/12).

Andarabi said there is a possibility that the number of victims will increase.

The car bomb exploded when Wardak and his entourage were crossing at an intersection in the Khoshal Khan area. The fire caused by the explosion struck a number of residents’ vehicles parked in the vicinity, and damaged several buildings and shops.

Until now, no party has claimed responsibility for the incident. The president of Afghanistan, Ashraf Ghani, urged the Taliban to comply with the ceasefire agreement and stop violence against civilians.

This is because the two sides are currently holding peace talks. However, Ghani did not directly accuse the Taliban of carrying out the bomb attack.

On the other hand, the ISIS group claimed responsibility for the five rocket attacks on Saturday (19/12) and then on the base of the United States armed forces. There were no reported fatalities or injuries in the incident.

A North Atlantic Treaty Organization (NATO) official confirmed the attack, but he said the airstrip was not damaged.

In another report, it was stated that the Afghan security forces managed to thwart a car bomb attack in Nawa district, Helmand Province. They managed to shoot the driver of the car to death before detonating the vehicle, although two soldiers were injured as a result of being hit by the car.

The process of peace talks between the Taliban and the Afghan government in Qatar has been tough. Both want to end the war that has been going on in the country for decades and fight the ISIS group.