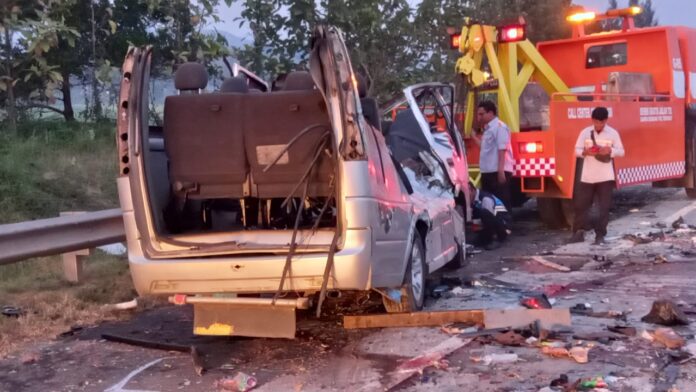 Eddy explained that the accident started when a minibus drove from Jakarta to Cirebon. Then in front of him there was a tronton vehicle from the same direction.

“When the elf arrived at the scene of the crime, it hit the back of the tronton truck. Then the truck hit the trailer truck in front of it,” Eddy said.

As the result of the accident, eight people died at the scene. Meanwhile, two other people died in the hospital. One person was seriously injured and one person was slightly injured. The victim was evacuated to Abdul Rozal Hospital, Purwakarta.

“The victims were all from elf minibus,” Eddy said.