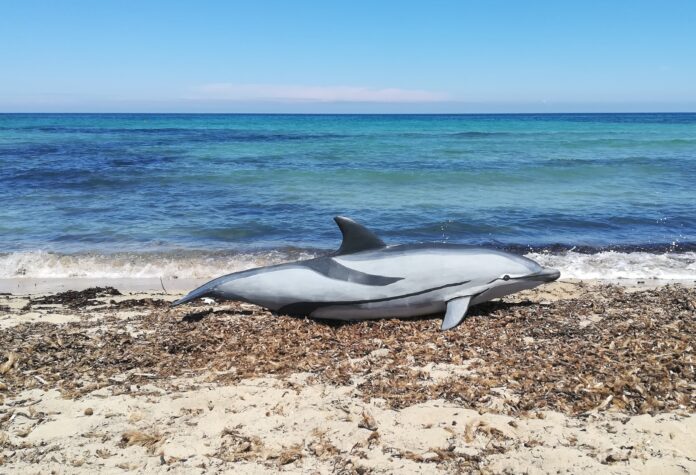 A dolphin was found dead floating in the waters of Sundak Beach, Sidoharjo Village, Kapanewon Tepus, Gunungkidul. Local Seach and Rescue (SAR) officials admitted that this was the first time this had happened this year.

“After being approached, it turned out that the object was a dolphin carcass. Then the officers tied the dolphin’s tail with a rope attached to the boat to be brought to the beach,” Surisdiyanto said when contacted by reporters, Thursday (29/10/2020).

Surisdiyanto revealed that the dead dolphin was 2.5 meters long and weighed about 3 quintals. Questioning the cause of killing the dolphin, he admitted that he did not know.

“We do not know why this dolphin died because after being brought to the land we immediately buried it on the beach,” he said.

Furthermore, Surisdiyanto said that this was the first time this incident had happened in 2020. According to him, there are quite a lot of dolphins in the south coast of Gunungkidul. This evident was from the information of fishermen who saw dolphins while at sea.

Alcaniz, A City Where MotoGP Aragon Becomes Its Tourism Center