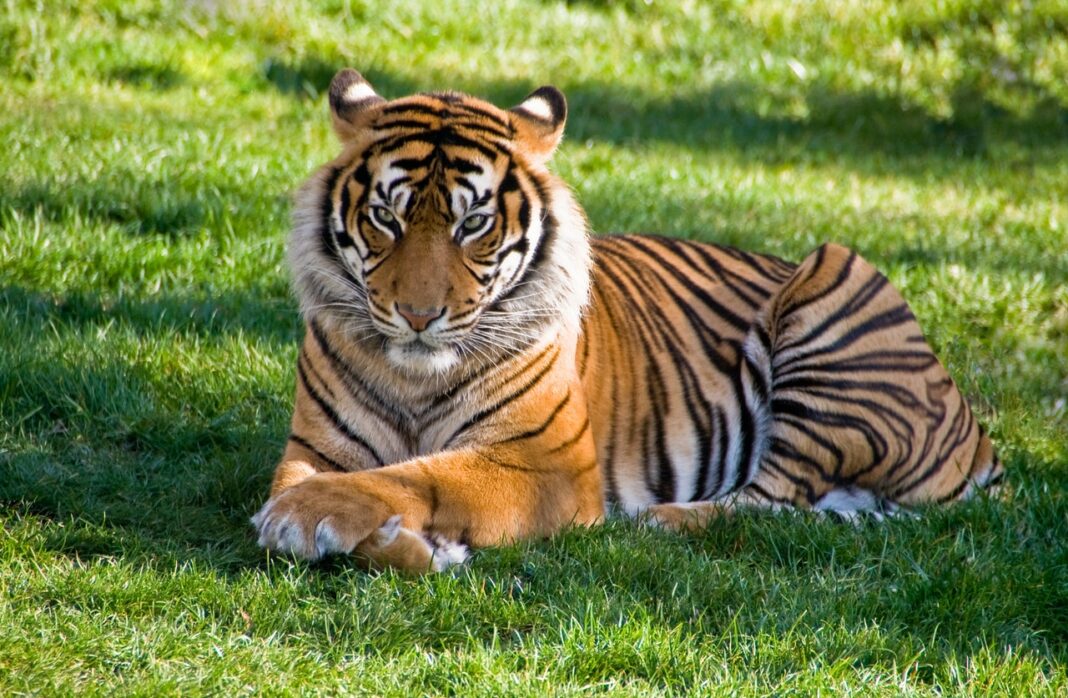 The tiger cub named Danau Putra was released to the Mt Leuser National Park (TNGL) on Saturday (Jan 30) with the help of the military and police, the Forum for Leuser Conservation and the subdistrict head.

The Sumatran tiger cub aged between 1-1.5 years and weight 50 kilograms was released in a forest area some three kilometers from the location where he got trapped. The law has banned the use of snare, poison, and high-voltage fence that could harm the protected animal.

Sumatran tigers, the smallest of all tigers, are currently a critically endangered species only found on Sumatra Island, Indonesia’s second-largest island.

The tigers are on the brink of extinction owing to deforestation, poaching, and conflicts between wild animals and local people owing to their dwindling habitats.

The exact figure of Sumatran tigers left in the wild is ambiguous, though the latest estimates range, from under 300 to possibly 500 at 27 locations, including in the Kerinci Seblat National Park, Tesso Nilo Park, and Gunung Leuser National Park.