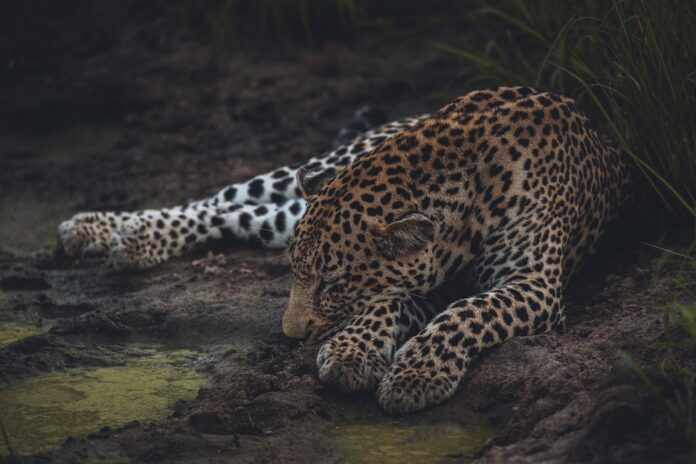 A leopard was found by residents in a wounded condition around the forest at BPKH Ciwidey, Bandung Regency, Friday (23/10). The location of the discovery was in Kawah Putih.

An officer of Kawah Putih, Ari Kurniawan said, he received reports from residents regarding to the discovery of this endangered species. According to Ari, the leopard experienced difficulty in moving.

“The condition of the leopard was already injured. It could not walk normally and could not run far,” Ari said

“The condition of the leopard was already injured. It could not walk normally and could not run far,” Ari said when contacted by detik.com, Saturday (24/10/2020).

According to residents, Ari said, the leopard was found entangled in rope. When the rope was untied, it was found that there was a large wound on the leopard’s body.

“Initially we received reports from the residents that there were leopards entangled in rope and injured,” Ari said.

“There is the rope, a green rope. And when we see there is a wound on his body. The wound was quite wide. The leopard felt pain until it was tired,” Ari added.

Some residents and a tourism manager have also tried to help the leopard. Because he was badly injured, the leopard was rescued to the Bandung Zoo.

“When we got the report, we immediately reported it to BBKSDA because they were authorized and understood the endangered animals. The leopard was immediately evacuated to the Kawah Putih office, waiting for the veterinarian from the zoo. The veterinarian said it will be treated and taken care by them,” Ari said.