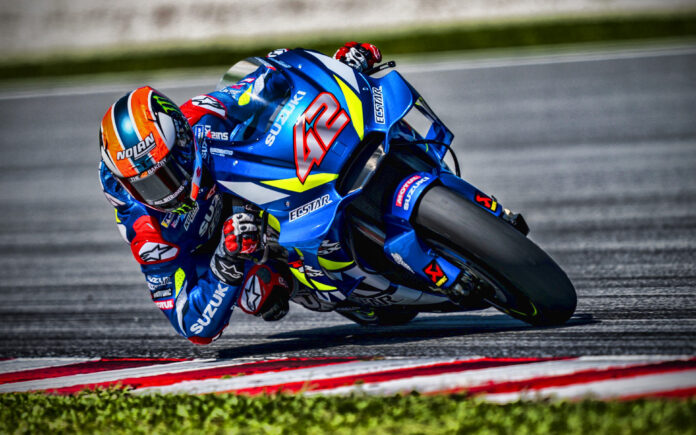 The Suzuki Ecstar Team racer, Alex Rins, came out as the winner of the 2020 Aragon MotoGP. Taking place at the Aragon Circuit, Spain, Sunday (18/10/2020), Rins was able to impress from the beginning to the end of the race.

At the start of the race, the three Yamaha riders immediately stepped on the gas. Although Franco Morbidelli was at the forefront, it was not long before Maverick Vinales took over the leadership. Meanwhile, Fabio Quartararo and Morbidelli are in second-third place.

On the other hand, the surprise came from Rins who started the race from 10th place. Unexpectedly managed to break into the fourth position behind the Yamaha trio, Rins then spread threats to the three YZR-M1 racers.

Alex Marquez also put great pressure on Joan Mir. Even in the last five laps, Alex was able to catch up with Mir to get second place. Not there yet, Alex was spreading threats to Rins.

The two racers competed for first place. Since the last three laps, Alex had really upset Rins. However, until the race ended, Rins managed to maintain his position.

The followings are the results of the 2020 Aragon MotoGP: