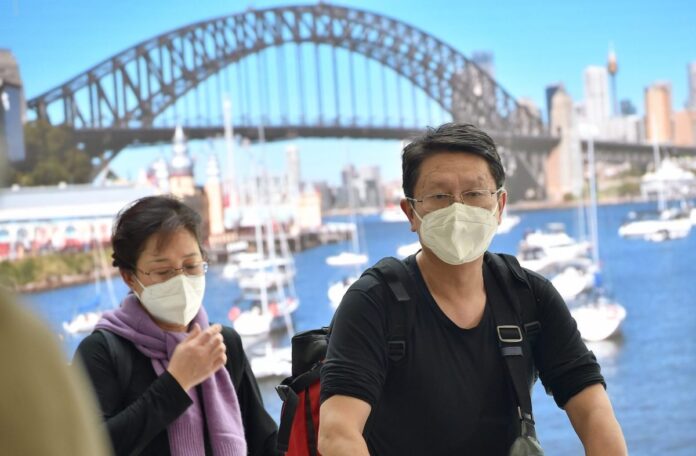 Anthony, a national of Asian and British descent in Australia, was playing cricket with his teammates when the opposing team shouted him “corona virus”.

“I keep concentrating and try to ignore it,” Anthony told his experience a few months ago.

“Not a single teammate protested against that. My own team captain said nothing,” he told the ABC.

A recent study from the Australian National University (ANU) found that what Anthony experienced was a unique experience for Asian in Australia during the Covid-19 pandemic.

The ANU survey involved more than 3,000 respondents and found 84.5 percent of Asians in Australia experienced discrimination between January and October this year.

“I have experienced racism all my life and it fluctuates depending on political rhetoric or negative media coverage targeting minority groups,” Anthony said.

“Incidentally this time it was the Chinese turn again,” he said.

Earlier this year, the ABC was contacted by hundreds of residents who shared experiences regarding discrimination during the pandemic.

Asians in Australia, especially of Chinese descent, are reporting increased harassment and racist attacks, as the coronavirus was first detected and spread in China.

“Even though I was born in Melbourne, discrimination has become a big part of my life because of my ethnicity,” said Jieh-Yung Lo, director of the Center for Asian-Australian Leadership at ANU University.

“From outright racism on the school playground, experiencing obstacles during early professional careers, unconscious bias at work, to loyalty to Australia that has been questioned recently,” he said.

Some circles expressed concern about the actions of Senator Eric Abetz of the Liberal Party who questioned the views of descendants of the Chinese Communist Party during a recent hearing in the Australian Senate.

Last week, Secretary of the Ministry of Foreign Affairs and Trade Frances Adamson warned that the debate about China in Australia could be used by Beijing to accuse Australia of intolerance.

Such accusations have been leveled by China before and in July even warned its citizens not to travel to Australia.

Asians in Australia are more worried about the corona virus than other people in general. (Reuters: Loren Elliott)

The ANU survey found that people of Asian descent in Australia are more likely to be affected by Covid-19 and they are more worried about the pandemic than other residents.

Their working hours were reduced by five hours over the period February and April, twice more than Australians.

It said this was because Asians were generally younger and tended to live in urban areas and work in industries that were affected by the lockdown.

“But we also cannot ignore the effects of discrimination on the labor market,” Nicholas Biddle of ANU’s Center for Social Research Methods said.

About 80.7 percent of Asians admitted to being worried about the coronavirus in the October period, compared to 62.4 percent of the rest of Australia’s population.

According to him, their previous experience with the SARS epidemic had made Asians more aware of Covid-19 while they also faced xenophobia and racism, including physical and verbal attacks.

However Professor Biddle said Australians tend to think of Asian as more trustworthy and fair.

About 65 percent of Australians say they really believe in Asian ancestry, compared to 55 percent who believe strongly in Anglo ancestry.

The National Human Rights Commission of Australia reported that less than 5 percent of Asians made it to the senior executive level and only 1.6 percent succeeded in becoming CEO.

“Apart from Covid-19, it is the government’s responsibility to draft and carefully enforce anti-discrimination laws,” Professor Biddle said.