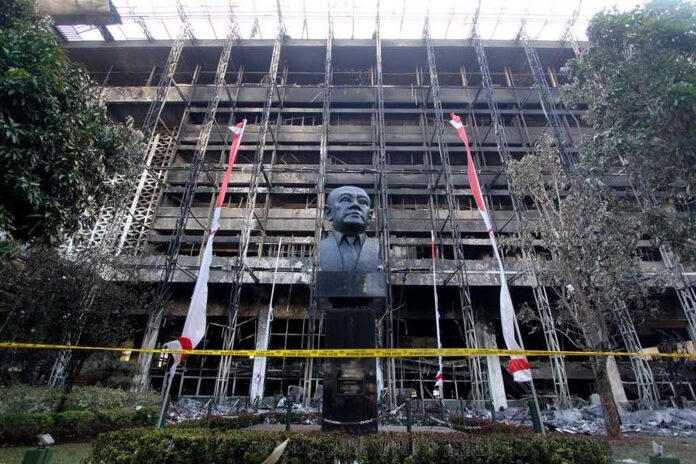 The Attorney General’s Office has proposed an additional budget of IDR 400 billion in the 2021 State Budget (APBN).

Setia explained that the AGO’s indicative budget ceiling approved by the Ministry of Finance is IDR 6.9 trillion. However, the building construction money has not yet been included in the budget.

He said that the fire occurred after the indicative budget ceiling was agreed upon, so that the AGO is currently proposing an additional budget.

“The fire on August 22, 2020, which resulted in heavy damage to the entire main building of the prosecutor’s office, thus disrupting the smooth running of its main duties, it is necessary to rebuild the building,” said Setia.

The AGO said the fire did not endanger the case files of any corruption case. Deputy Attorney General, Setia Untung Arimiladi, said that the AGO can still continue its work by occupying the Attorney General’s Education and Training Agency in Ragunan and Ceger.

The Attorney General’s Office estimates that the losses due to the main building fire will reach Rp1.1 trillion. This amount consists of two types of losses, namely buildings and other items that are in the building.

Head of the Legal Information Center (Kapuspenkum) at the Attorney General’s Office, Hari Setiyono, said that the loss of the building and the building itself was estimated at least Rp. 178.3 billion. Meanwhile, the loss to goods contained in the building reached IDR 940.2 billion.

Until the end of last August, the National Police had examined 105 people as witnesses to the Attorney General’s office building fire, including five main officials (PJU). However, the police have not been able to reveal the cause of the fire incident.