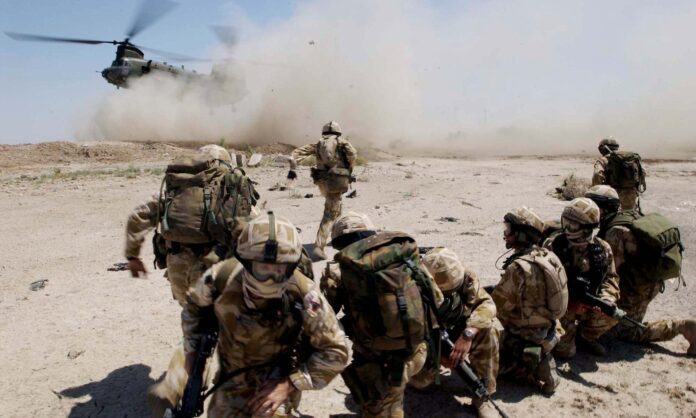 The Australian military released a report on war crimes proving that their elite forces killed 39 prisoners, farmers and unarmed civilians during the Afghanistan war.

The released evidence reveals the findings of an investigation into abuses by the Australian military in Afghanistan between 2005 and 2016.

The head of the Australian Defense Forces, General Angus Campbell, told a press conference on Thursday (19/11) that the embarrassing notes included the case that an elite force patrol member shot a prisoner in his first murder in a practice known as “blooding”.

“This shameful record includes alleged cases where new patrol members were forced to shoot a prisoner to become the target of the soldier’s first murder, in a gruesome practice known as ‘blooding’,” he said, quoting the Associated Press.

After shooting Afghan prisoner, the soldiers would add weapons and radios on site to support the false claim that the prisoner was an enemy killed in battle.

The 465-page report revealed that the junior soldier who was accused of blooding said he was asked to launch attacks on civilians.

General Campbell said that most of the illegal killings began in 2009, with most occurring in 2012 and 2013.

Campbel said Australian elite forces had caused a series of alleged killings and disguises through a “destructive” culture of impunity.

“Several patrols took the law into their own hands, rules were broken, stories were fabricated, lies were told and prisoners were killed,” Campbell told a news conference in the capital Canberra.

Some of the soldiers, said General Campbell, are still actively serving in the Australian military until now.

Campbell further recommended 19 people to be referred by the Australian Federal Police and pay compensation to the victims’ families.

He said the troops suspected of carrying out the killings had “tarnished” the armed forces regiment. Not only that, in Australia they will also be referred to a special war crimes investigator office.

The military report recommended 19 soldiers to be investigated by the police for various possible criminal charges, including murder.

Service medals awarded to special operations forces serving in Afghanistan between 2007 and 2013 will also be revoked.

Australia sent more than 26,000 military personnel to Afghanistan after the September 11, 2001 attacks to fight alongside the US against the Taliban, Al Qaeda and other militant Islamic groups.

Australian combat forces officially left Afghanistan in 2013 and since then there have been a series of reports of brutal attacks by elite special forces units.

Reports of the brutal assault include the death of a six-year-old boy in a house raid and a prisoner being shot dead to save space inside the helicopter.

The findings were made after an investigation over the past 4 years, led by an Australian judge named Paul Brereton, who interviewed more than 400 witnesses and reviewed thousands of pages of documents.

On the occasion, Campbell also expressed his “sincere and unconditional” apology to the Afghan people.

“To the people of Afghanistan, on behalf of the Australian Armed Forces, I sincerely and frankly apologize for the wrong done by the Australian army,” General Campbell said.

He added that he would speak directly to his military partners in Afghanistan to express his regret.

“That behavior is very disrespectful of the trust placed in us by Afghans who ask us to help their country,” he stressed. Australia is known to have deployed troops to Afghanistan since 2002 as part of a coalition against the Taliban.

“It will destroy the lives of Afghan families and society, cause immeasurable pain and suffering. And it will jeopardize our mission and the safety of Afghanistan and our coalition partners,” General Campbell said.