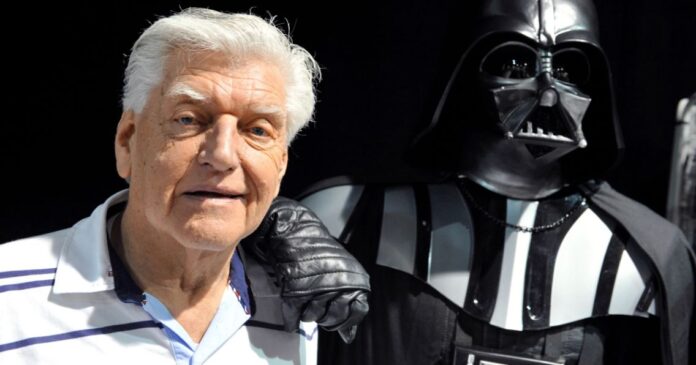 Actor Dave Prowse, best known for his role as Darth Vader in the first Star Wars trilogy, has died at the age of 85. The news has been confirmed by his agent, Thomas Bowington.
“With great regret and a heart full of sorrow for all of us and millions of fans around the world, we announce, our client Dave Prowse MBE has passed away at the age of 85 years,” Bowington said as quoted by The Guardian, Monday (30/11/2020 ).

Besides Thomas Bowington, the show producer who worked with Dave Prowse, Jason Joiner, also wrote down his memories with the deceased on his Facebook account.

“We are very sad to have to inform you that Dave Prowse has passed away aged 85. Dave has been suffering for some time and has not been attending events for several years. His first ever collectors event was with us, Showmasters, in the UK in the 80s and his last ever public event in the world was also with us. The Dave Prowse Empire Day ran for him to say one last good by to all his fans. Dave was dedicated to meeting the fans for decades and lots of fans’ first ever guest they met was Dave in the early days of Comic Cons and collectors events. Dave was larger than life and he will so very much missed. Our love and thoughts go out to his family. Jason Joiner,” he wrote.

Dave Prowse is a former bodybuilder who often plays monsters and villains in movies. Before actually joining Star Wars, he was invited by George Lucas who was the creator of the legendary Saga and was offered auditions for the roles of Darth Vader and Chewbacca.

When choosing Darth Vader, Dave Prowse had his reasons. “Everyone will always remember the villain,” he said.

Born in Bristol in 1935, he started his career as a bodybuilder and bodybuilding sports coach.

In the film he plays the monster from Frankenstein. He was also involved in the making of A Clockwork Orange and was a personal trainer for Christopher Reeve in his role as Superman in 1978.

Although he gained fame through Star Wars, Prowse has said the job he liked most was being the Green Cross Man in a safety campaign in England.

It was also his participation in the campaign that earned him the MBE title in 2000.

“A lot of people remember me as the famous Star Wars villain, Darth Vader. However, being a good person and joining the Green Cross Code campaign and saving people is what makes me feel honored,” he wrote in a column in The Guardian.