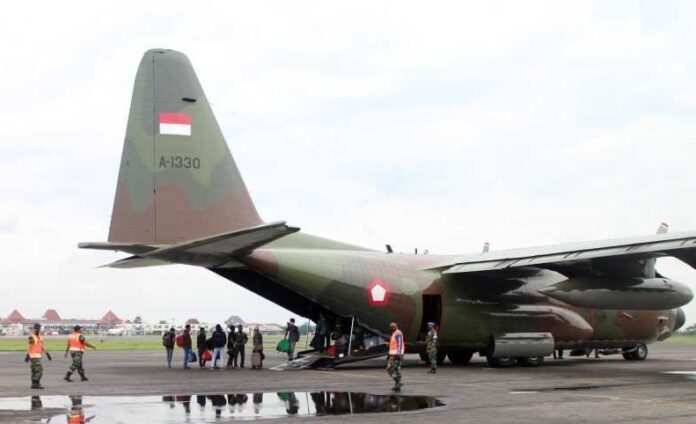 A total of 54 displaced victims of the earthquake in Mamuju and Majene, West Sulawesi, arrived at Adi Soemarmo Air Base, Boyolali Regency, Central Java. They come from a number of areas in Central Java who will return to their hometowns.

“From the 54 people there are 2 people from Demak, 2 from Magelang and 50 people from the former residency of Surakarta, Solo Raya,” Head of the Social Service for Central Java Province, Harso Susilo, said to reporters while welcoming the refugees at Adi Lanud. Soemarmo, Thursday (21/1/2021).

According to Harso, the arrival of the refugees was their initiative to return to their home areas. His party only facilitated their return. The refugees arrived using a Hercules aircraft belonging to the Indonesian Air Force.

“They initiated their own return, we only facilitate it because there is no transportation,” he said.

Harso stated, during this repatriation there were still 14 people who were detained in Makassar because they were indicated to have been exposed to the Corona virus or COVID-19. They will have to undergo a 14 day quarantine there.

“This is the information that there are still 14 more people, because there are indications of symptoms of COVID, so that they are still constrained (quarantine) for 14 days there,” he said.

Later, the 14 people from Central Java will also be facilitated to return to their hometowns. Repatriation will be carried out if the condition from the results of the examination has been declared negative if COVID-19.

After arriving at Adi Soemarmo Air Base, the refugees underwent a rapid antigen test and collected data on their home areas.

Refugees who were victims of the Mamuju and Majene earthquakes from Central Java, West Sulawesi, arrived at Adi Soemarmo Lanud, Boyolali. Thursday (21/1/2021).

Meanwhile, a number of IDPs admitted that they had the initiative to return to their hometowns in Central Java because they were traumatized by the magnitude (M) of 6.2 earthquake some time ago. In addition, the condition of their houses in West Sulawesi was badly damaged.

One of the refugees, Sukoyo, admitted that his house was cracked and badly damaged.

“Actually there is no intention of returning to my hometown, yes, avoiding calamities, disasters. (His house) is partly destroyed, partly cracked,” Sukoyo, from Jumantono, Karanganyar, said.

He admitted that he has lived in Mamuju for about 18 years, opening a meatball restaurant business. Sukoyo returned with six of his family members.

The same thing was said by Randi. This refugee from Mamuju admitted that he was traumatized by the big earthquake that occurred last Friday (15/1).

“Trauma, I want to calm down at home here,” Randi, from Masaran, Sragen, said.