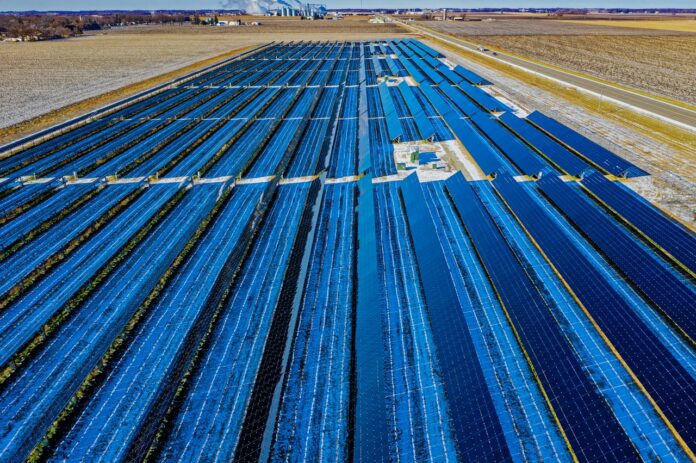 The Ministry of Energy and Mineral Resources (ESDM) is currently planning to build a solar park across the eastern region of Indonesia to boost the development of new and renewable energy in the country.

The concept to build a solar park aligns with the vision to conduct huge-scale solar power plant development over a broad area of land, Dadan Kusdiana, the director general of renewable energy and energy conservation at the ministry, remarked as quoted from a statement published on its official site, Saturday.

“We have planned to build a solar park akin to the ones in Abu Dhabi of the United Arab Emirates, Portugal, and Saudi Arabia. It is all about the use of solar panel overlays,” Kusdiana stated.

The location would be in arid areas across eastern Indonesia that receive ample sunlight and low rainfall.

The ESDM ministry has announced its target of solar power plant capacity improvement to 17,687 megawatts by 2035.

The massive scale of solar power plant development is currently being encouraged on account of its high economic value and competitiveness as well as it being able to compete with conventional sources of energy, including coal power plants.