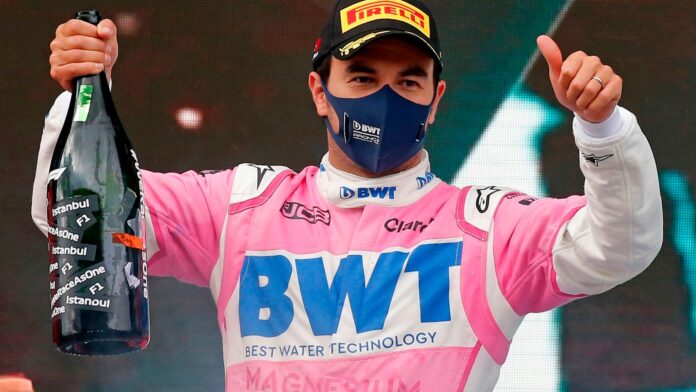 The race this time was initially controlled by the Mercedes duo George Russell and Valtteri Bottas. Russell and Bottas were very comfortable in the front position.

However, Mercedes’ dominance was disrupted as soon as the safety car entered the track. Russell had to return to pit couple of times because Mercedes technicians mistakenly installed the tires that were supposed to be used for Bottas’ car.

The entry of the safety car and technician errors meant that Russell and Bottas fell to fourth and fifth midway through the race. This situation was exploited Perez who started the race from fifth position.

Despite being in first position, Perez had received threats from Russell. The racer who replaced Lewis Hamilton was able to push into second place and stick to Perez.

However, Russell made a mistake in trying to get close to Perez. The car he was driving had a twist and had to lose the opportunity to compete for the champion of the F1 Sakhir GP series.

Russell was still able to continue the race but he had to settle for only finishing ninth. Meanwhile, Perez was able to finish in frontof Ocon and Stroll who were right behind him.