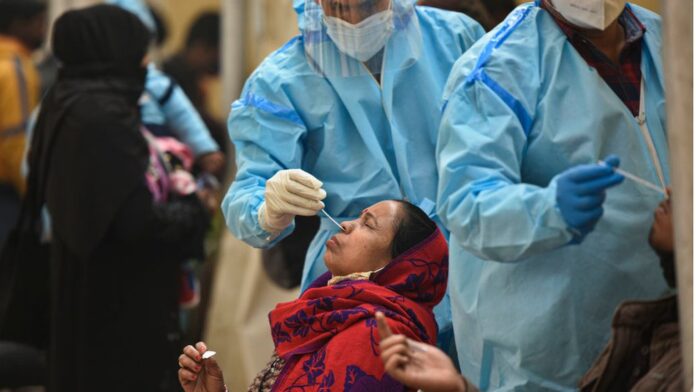 India found six people who tested positive for the new variant of the corona virus. The six people are known to have just returned from the UK.

India’s Ministry of Health on Tuesday (29/12) said that the six patients were currently in isolation and that it was tracing contacts during their trip. Close contacts of the families and fellow travelers of the six infected patients are being traced for quarantine.

In a statement, India’s Health Ministry said the six cases were currently under close surveillance.

“The situation is under close scrutiny and regular advice is being given to states to increase surveillance, quarantine, testing and delivery of samples to the INSACOG (Consortium SARS-CoV-2 Genomics India) laboratory,” the statement read as quoted by the Associated Press.

India previously decided to temporarily suspend flights to and from the UK until the end of the year.

“Taking into account the prevailing situation in the UK, the Indian government has decided that all flights originating from the UK to India will be suspended until 31 December 2020,” the Indian Aviation Ministry tweeted.

It added that, in a great measure of caution, passengers arriving from the UK on transit flights will be subject to mandatory RT-PCR testing on arrival.

India added to the list of Asian countries that confirmed the findings of new cases of corona virus infection in addition to Japan, South Korea, Malaysia and Singapore.

A new variant of Covid-19 was first reported in the UK and is said to be 70 percent more contagious.

Named VUI-202012/01 (the first variant being investigated in December 2020) is expected to first appear in mid-September.