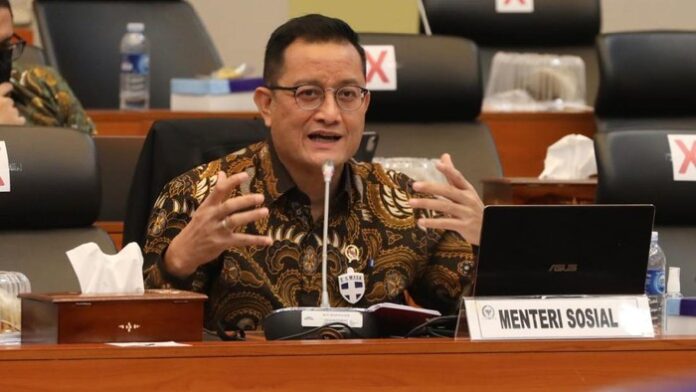 The Corruption Eradication Commission (KPK) has claimed Minister of Social Affairs, Juliari Peter Batubara (JPB) as a suspect in the corruption of the social assistance program for handling the corona virus (Covid-19). In addition, the anti-graft agency also decides four other people as suspects.

The KPK has decided five suspects, as recipients of JPB (Juliari P. Batubara), MJS, AW. As the givers are AIM, HS,” The Chairman of KPK, Firli Bahuri said Sunday (6/12) in the morning.

The other four suspects in this case, among others, are committed officials at the Ministry of Social Affairs, Matheus Joko Santoso and Adi Wahyono, as well as Ardian I M and Harry Sidabuke as private parties.

The alleged corruption case was uncovered through a hand arrest operation (OTT) against six people. Those who were secured included Matheus as Director of PT Tiga Pilar Agro Utama Wan Guntar; Ardian, Harry, and Sanjaya from the private sector, and the Secretary at the Ministry of Social, Shelvy N.

In this silent operation, the KPK prosecution team also secured around Rp. 14.5 billion in cash consisting of rupiah, US dollars and Singapore dollars. Money was stored in 7 suitcases, 3 backpacks and a small envelope prepared by Ardian and Harry.

Firli said that it had been agreed upon a fee of Rp10 thousand per social assistance package which Juliari allegedly received. In the implementation of the first period of the basic food assistance package, it is suspected that a fee of IDR 12 billion was received, which was given in cash by Matheus to Juliari through Adi with a value of around IDR 8.2 billion.

The money was then managed by Eko and Shelvy, Juliari’s confidants, to be used to pay for Juliari’s various personal needs.

For the second period of the implementation of the basic food assistance package, the money was collected from October 2020 to December 2020 in the amount of around IDR 8.8 billion which was also suspected to be used for Juliari’s needs.