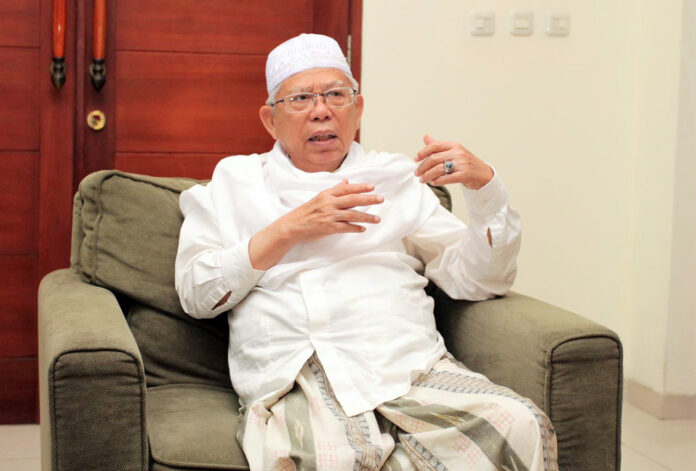 “In 2024 we want to become the world’s halal producer, because we are sure. Why? Because we have potential. Our domestic consumers are already large. It remains only how we become the halal producer as the global hub,” Ma’ruf said in a virtual webinar held by KNEKS entitled ‘Indonesia Towards the Center for World Halal Producers’, Saturday (24/10/2020).

Ma’ruf said that the existence of a halal industrial area can be a place that facilitates the service and process of halal certification. Ma’ruf said that currently Indonesia already has two halal areas, namely Modern Cikande Industrial Estate in Serang, Banten, and Safe n Lock Halal Industrial Park in Sidoarjo Regency, East Java.

“We hope that later in the industrial area, it will become an integrated services. So it is like they get various services there, various other convenience services, including halal certification. So they have no difficulty in managing it, “he said.

On the same occasion, Coordinating Minister for Economic Affairs, Airlangga Hartarto revealed that Indonesia is the third largest country that exports halal products to Islamic countries with a share of 10.7 percent. Meanwhile, for exports globally, Indonesia only made up about 3.8 percent.

“Currently, Indonesian halal products are exported to Organisation of Islamic Cooperation (OIC) countries or Islamic countries based on the IMF Trade Statistics. We are a third largest exporter country, 10.7 percent. We are under the UAE, while Qatar is below us. However for the global market, we have only filled 3,8 percent, “Airlangga said.

In addition, Airlangga explained that there are six halal industrial area locations that are currently being prepared by the government. Two finished areas are Modern Cikande Industrial Estate in Serang, Banten and Safe n Lock Halal Industrial Park in Sidoarjo Regency, East Java.

“There are six industrial areas that have been prepared, namely the Modern Cikande Industrial Area, the Safe and Lock Industry Area in Sidoarjo. At the same time, areas that are still in preparation are the industrial areas in Bintan Inti on Bintan Island, Riau Islands; the Batam Indo Industrial Zone in Batam island; the City of Waringin, in the Borneo Solar Industry in Central Kalimantan, and the Industrial Estate in Pulogadung, ” Airlangga said.