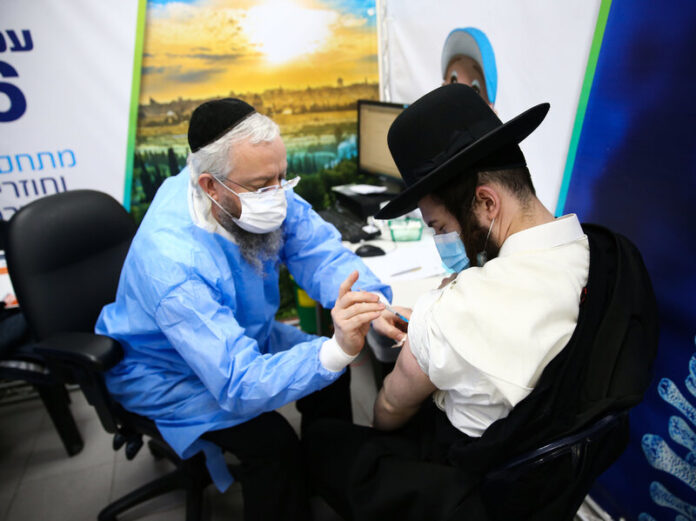 Jerusalem – Israel will start offering the third dose of Pfizer’s coronavirus vaccine to adults with weakened immune systems. Israel is still considering whether to make the third injection available to the general public.

As reported by Reuters on Monday (12/7/2021), the rapid spread of the Delta variant of Corona has made vaccination rates in Israel rise again as new infections have increased over the past month. From single digits to around 450 a day, and the country has moved to accelerate Pfizer’s next shipment.

Health Minister Nitzan Horowitz said that adults with compromised immune systems who had received two doses of Pfizer’s vaccine could get a third shot with a decision pending wider distribution.

Pfizer and its partner BioNTech SE, a major supplier in Israel’s rapid vaccination, said Thursday that they will ask US and European regulators within weeks to allow a third injection. Criticism from some scientists and officials, the company did not share data suggesting a risk, but said it would be published soon. They also cite recent Israeli data.

“We’re looking into this issue and we still don’t have a final answer,” Horowitz said. “However we give a third injection to people who suffer from immune deficiency,” he said.

About half of the 46 patients currently hospitalized in Israel in severe condition have been vaccinated, and the majority are from at-risk groups, according to health authorities. About 5.7 million of Israel’s 9.3 residents have received at least one dose. Israel will not rush into a decision about a third injection for the general public, said Sharon Alroy-Preis, head of public health at the Ministry of Health.

“It’s a bit tricky. We’re currently seeing outbreaks mostly among children and their parents who weren’t necessarily vaccinated in January and February and we need to identify (statistical) biases,” Alroy-Preis said. It remains unclear, Alroy-Preis added, whether the vaccine was less effective against the Delta variant and whether disease rates among those vaccinated in January and February were higher than those inoculated later.