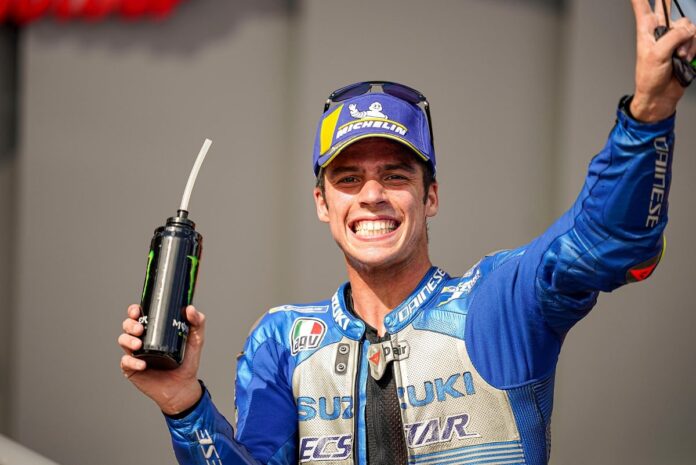 Joan Mir’s can finally taste the victory in MotoGP 2020.

Mir conquered the race in the European MotoGP which was held at the Riccardo Tormo circuit, Sunday (8/11/2020) local time. Mir managed to become the first racer to cross the finish line. He was about 0.6 seconds ahead of Rins who finished second.

Even though Mir only started from fifth position, he had sped up since the first lap. He continued to tail his teammate, Alex Rins, until he overtook on lap 11 to maintain pole position until the end of the race.

After crossing the finish line, Mir looked very emotional. This is his first victory in MotoGP this season as well as answering doubts about his performance.

Now Mir can be relieved for winning his first victory after upgrading to MotoGP last year. Even if he succeeds in becoming a MotoGP world champion, Mir’s eligibility will not be questioned anymore.

“This is what I’ve been waiting for,” Mir said after the race, as quoted by BT Sport.

Joan Mir becomes the ninth winner in MotoGP 2020 while increasing his chances of becoming world champion. Mir is now top of the standings with 162 points, 41 points ahead of Fabio Quartararo in second position and Alex Rins in third position.