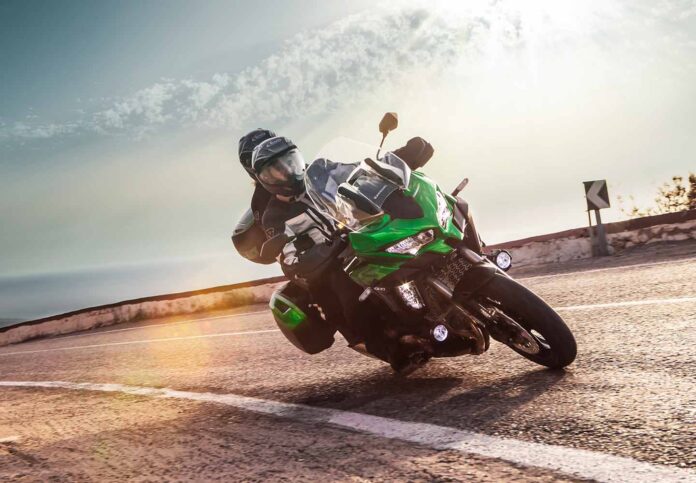 Kawasaki launched the latest Versys 1000 for the European market. Consisting of three variants, this bike can be a major upgrade with excellent features.

The Kawasaki Versys 1000 S is an update from the version that has become a favorite in Europe recently. If Kawasaki only provides color changes to other motorbikes, for the Versys 1000 S they add significant changes.

Make no mistake, this year’s version of the Versys 1000 actually has a powerful suspension, namely Kawasaki’s Electronic Control Suspension (KECS). This system allows the rider to easily adjust the digital suspension even when driving. That makes KECS very comfortable to use even if you have to ride on different road conditions.

Meanwhile, for the Versys 1000 SE, KECS is paired with the Showa Skyhook EERA (Electronically Equipped Ride Adjustment). This is a software where the system will be able to remap the existing suspension algorithm. As a result, it can improve the suspension’s performance again, which in turn can provide riding comfort.

The key to the Showa Skyhook EERA’s work is its ability to continuously adapt to the road surface being traversed in real time and then make adjustments to get the best handling. Thus quoted was from the MCN and autoevolution.

It was said that the Versys type S will get the same luxury and features as the SE. Like Showa’s front and rear suspension forks, although there are differences in support devices. Other features include smartphone connectivity, heated grips, cruise control, Kawasaki Traction Control, auxiliary cornering lights, a choice of driving modes, and a suick shift.

Regarding the toughness of this motorbike, it still uses a 1043cc 16-valve inline four-cylinder engine with 118 bhp of power. The Versys 1000 S and Versys 1000 SE are available in Tourer and Grand Tourer specs. The Tourer version gets panniers, while the GT type gets an additional topbox, fog lights, GPS bracket and frame sliders.

The Kawasaki Versys SE will be offered in the form of a Tourer and Grand Tourer, with prices of £15,699 and £16,699. The units will be available starting December 2020.