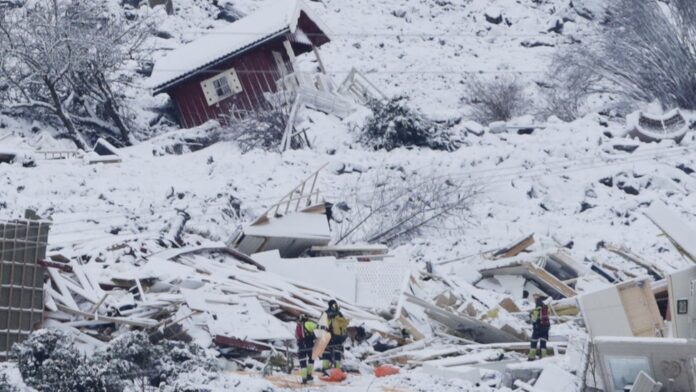 Landslides hit the settlements of the residents of Ask Village, Norway on Tuesday (29/12). A number of houses were swept away, destroyed and some even split.

Rescuers found 1 body as a victim on Friday (1/1) at around 14.30, local time. The search for 9 people who were declared missing is still underway.

“We still think we can find victims in the landslide zone,” a rescue worker told TV2, quoted by AFP, Saturday (2/2).

According to the officer, the discovery of the victim in the search area was an indication that they were in the right zone.

“The fact that a discovery has been made shows us that we are in an area where there may be people,” the official said.

The Norwegian Water Resources and Energy Directorate (NVE) stated that the natural disaster was a “quick clay slide” of about 300 to 800 meters. Quick clay material is found in Norway and Sweden. This material can crumble and turn into a liquid when under great pressure.

Currently, about a fifth of the total population of 5,000 people have been evacuated from Gjerdrum due to unstable land.

“What a dramatic experience here,” he said.