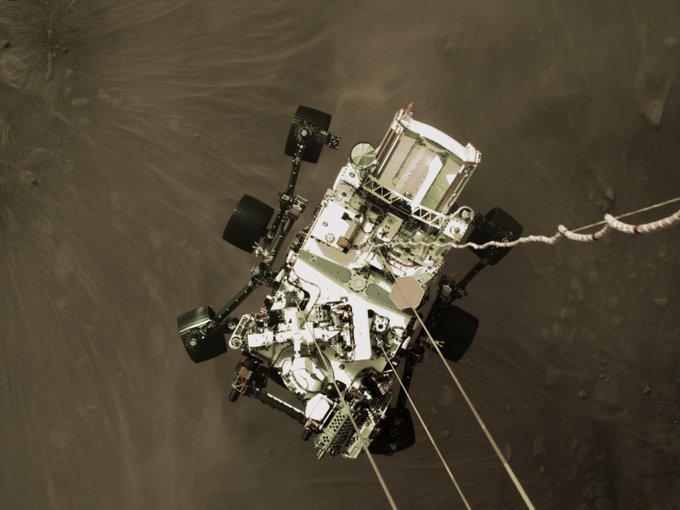 The Ingenuity helicopter, sidekick and traveling companion of NASA’s Perseverance rover, has checked in with a good report and is “operating as expected,” according to the agency.

If successful, Ingenuity will be the first helicopter to fly on another planet, leading to an “extraterrestrial Wright Brothers moment,” said Thomas Zurbuchen, associate administrator of NASA’s Science Mission Directorate.

The rover landed safely on the surface of Mars Thursday after launching from Earth on July 30. Perseverance has already sent back an impressive set of images to show that she’s safe and ready to go through a “checkout” phase before starting her journey across the surface.
Now, the mission team has heard directly from the helicopter for the first time — and it’s good news.

Ingenuity is currently tucked up beneath the rover and attached to Perseverance’s belly. The rover is about the size of an SUV, while the helicopter only weighs about two kilograms.

The helicopter was able to phone home via the rover by sending data back through NASA’s Mars Reconnaissance Orbiter, which acts as a communications relay between Mars and Earth and has been orbiting the red planet since 2006.

Ingenuity is comfortable where it is and isn’t letting go of the rover anytime soon for a test flight. The helicopter will remain snug with the rover for 30 to 60 days.