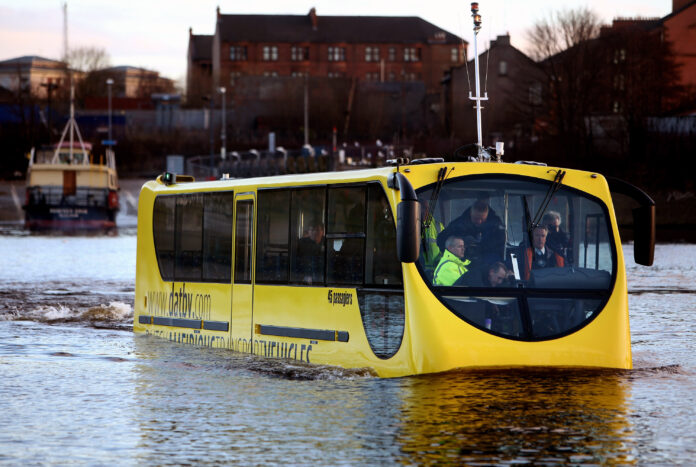 Semarang City will equip its transportation fleet with amphibious buses. The bus will be placed for the tourism sector.

The Mayor of Semarang, Hendrar Prihadi, has announced the plan through his social media including Instagram. When confirmed, Hendrar said that he had budgeted for the purchase of the bus in 2021.

Hendi explained that later the public will see the enthusiasm of the bus that can go on land and in water. If it is good, it is possible to increase the fleet.

“Look at the enthusiasm in 2021, if it goes well, well and gives the benefits for the tourism sector, then it will be budgeted again next year,” he said.

Regarding to the amphibious bus route, several possibilities have been made, one of them is to get off at Marina beach and then go along the West or East Flood Canal. The problem is in the West Flood Canal, in the form of bridges. The possible alternatives are still being reviewed.

“In my opinion there are 2 alternatives, one of them is the possibility of descending at the Marina, coming up again in the East Flood Canal because in the West Flood Canal there is an arterial bridge.

Overland routes are possible to famous tourist attractions such as Sam Poo Kong and Lawang Sewu. Hendi hopes that with the bus, tourists can enjoy the atmosphere of Semarang City both from land and sea or water routes. Currently related routes can still be discussed.

“Land, for example the route Sam Poo Kong, Lawang Sewu, Kota Lama while later going into the sea along the Semarang coast to see the beauty of Semarang from the sea,” he added.