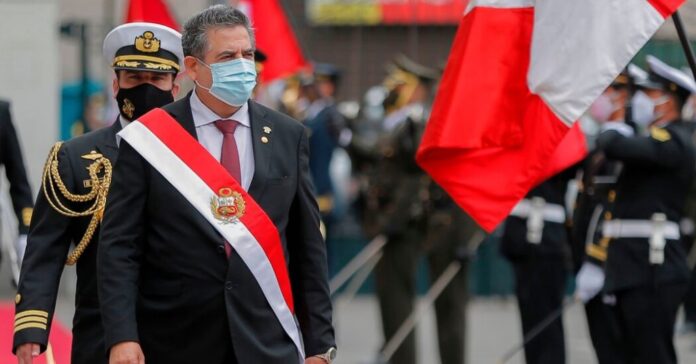 “I want to tell the whole country that I am resigning,” Merino said in a televised address as reported by AFP, Monday (16/11/2020).

When Merino was appointed president, a mass wave took to the streets in the capital city of Lima against his government. The day before announcing this resignation, the police crackdown on protesters had killed at least two people.

This 59-year-old man resigned shortly after Congress asked him to quit power at 6:00 p.m. local time or faced criticism.

The resignation was greeted with festivities in Lima. Demonstrators took to the streets honking their horns and hitting pots.

Merino said that to avoid a power vacuum, 18 new ministers were appointed last Thursday while remaining in their posts, although nearly all of them have resigned after the protests that killed one of the demonstrators on Saturday.

On Saturday (14/11) local time, protesters took to the streets to oppose President Manuel Merino who had overthrown the previous government.

Most of the protesters gathered in various cities to oppose what they called a parliamentary coup against the ousted president, Martin Vizcarra. Vizcarra was charged with corruption charges on Monday last week.

The public ombudsman’s office reported a 25-year-old protester died with a bullet wound on the head during clashes with police in the capital Lima. Three other people were taken to hospital with injuries.

The biggest rally in Lima was attended by around thousands of people and police again fired tear gas from helicopters to disperse protesters who were threatening to march towards the Congress building.

They carried signs reading “Merino, you are not my president” and “Merino a conman” while singing.