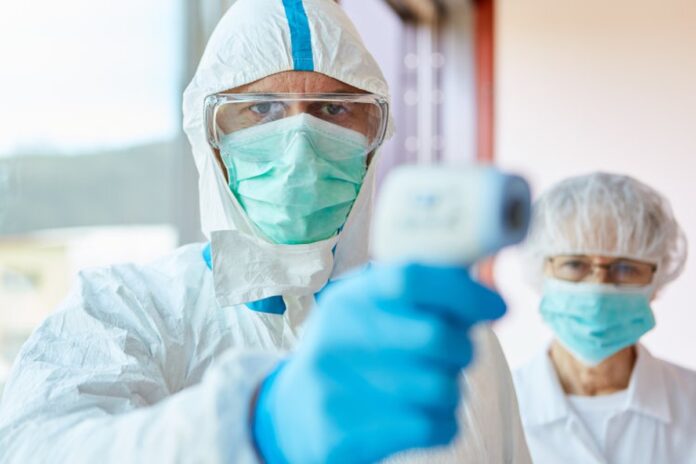 Medical officers at several hospitals in the Belgian city of Liege have been asked to continue working despite being infected with the coronavirus. The level of corona transmission in Liege itself is recorded as the highest in Belgium recently.

One of those who do this is the Liege Hospital. The Hospital’s Communications Director, Louis Maraite, said the hospital had no other choice due to a shortage of workers.

“This is not a problem because they work in the corona virus unit with patients who have also tested positive,” he said, as quoted by CNN, Wednesday (28/10).

Maraite revealed that the number of health workers infected with the corona accounted for 5-10 percent of the total workforce at his hospital.

He later said that although health workers who were asymptomatic (with no symptoms) were asked to keep working, the hospital could not force them to come.

Meanwhile, health workers who show symptoms, such as fever, have been asked not to come to work.

Another hospital in Liege, CHC MontLégia, also confirmed that officers who have tested positive and are asymptomatic have been asked to continue to work voluntarily and follow strict protocol.

The hospital spokesperson stated that the affected officers were employed only at the corona unit treatment area.

Belgian Ministry of Health Spokesman, Van Laethem admitted that he is allowing health workers who are positive and without symptoms to continue working. He said that it had to be done because of a shortage of health workers.

However, he also said he would ensure that the medical officers who tested positive for corona worked under surveillance and followed strict rules.

“We try to ensure the safety of all patients,” he said.

At a press conference held last Monday, Laethem said 1,000 of the intensive beds in Belgium had been used, and an estimated 1,250 would be occupied by the end of the week.

Separately, in an interview with a state radio RTBF, Laethem spoke of the possibility of Belgium imposing a second lockdown before the weekend.

He added that if Belgium does not show “signs of slowing hospital admissions”, stricter measures may be needed.

The Belgian government has imposed new regulations regarding the handling of corona on its citizens since last week in an effort to slow the spread of the virus.

A curfew is enacted every day from midnight to 5:00 AM. Restaurants or cafes are closed for on-site dining services, and people are expected to work from home unless this is not possible.

Amateur sporting events have also been canceled and all professional competitions must take place without spectators.

Based on the Worldometer website, Wednesday (28/10) morning, positive cases of corona in Belgium have exceeded 333 thousand, with the number of deaths were more than 10 thousand cases.