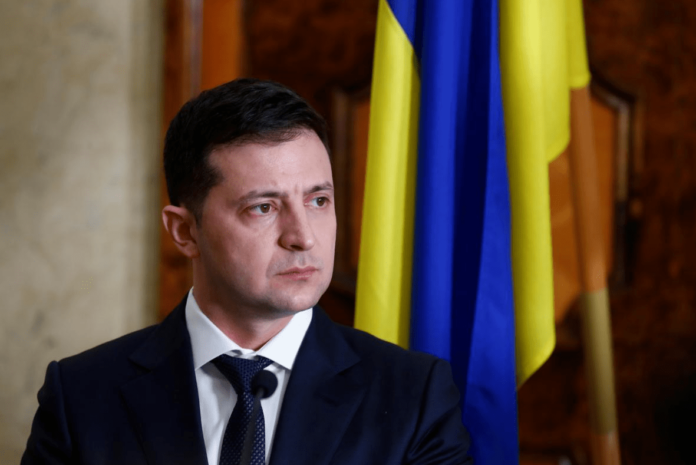 The President of Ukraine, Volodymyr Zelensky, announced that he had tested positive for the Coronavirus (COVID-19). Zelensky said he would continue to carry out his duties while doing self-isolation and undergoing treatment.

As reported by the Associated Press, Tuesday (11/10/2020), Zelensky announced he’s positive for Corona in a statement via Twitter on Monday (9/11) local time. Zelensky said that he felt fine after being declared infected with the virus.

“There are no lucky people in the world for those who do not perceive COVID-19 as a threat,” Zelensky said in a statement.

“But I feel fine. I promised to isolate myself and I will continue to work,” he said.

Zelensky (42) said that his body temperature reached 37.5 degrees Celsius when he tested positive for Corona.

The number of coronavirus infections in Ukraine began to surge since the end of summer and put underpaid doctors and hospitals that have lack of medical equipment under immense pressure.

As Monday (9/11) local time, Ukrainian authorities reported 8,867 new cases and 115 additional deaths in the past 24 hours. According to data from John Hopkins University, a total of more than 483,000 Corona cases have now been confirmed in Ukraine, with 8,812 deaths.