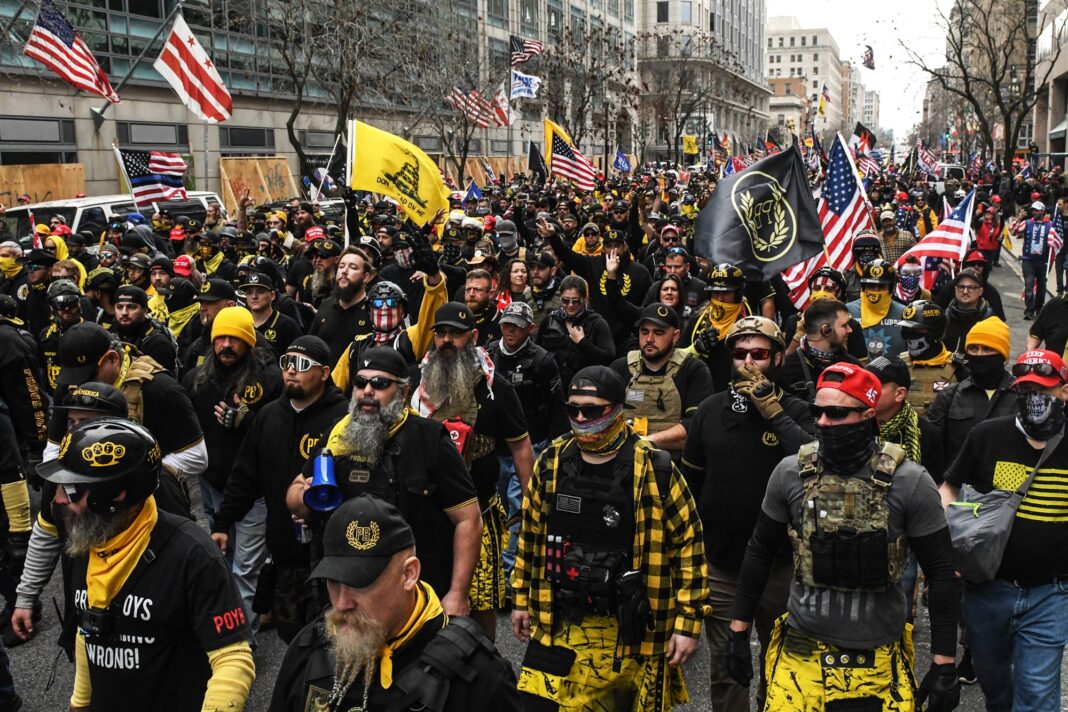 Canada labeled the Proud Boys a terrorist group Wednesday, increasing international pressure on the self-proclaimed “Western chauvinist” organization. The Proud Boys, a key player in the U.S. white supremacist movement, with followers in Canada — Proud Boys founder Gavin McInnes was raised in Canada — has increasingly been a focus of the far-right hate movement.

The far-right group has gained notoriety in recent years with its vocal backing of former President Trump, engagement in street fights and Trump telling the group to “stand back and stand by” when he was asked to condemn white supremacy, a remark the group interpreted as a sign of support. The group’s notoriety skyrocketed following the alleged involvement of some of its members in the Jan. 6 riot at the U.S. Capitol.

So far, the U.S. government does not consider the Proud Boys a terrorist group. A Change.org petition calling for the designation in the U.S. has garnered nearly 500,000 signatures. Canada’s Public Safety Minister Bill Blair said: “Violent extremism has no place in Canada. Canadians can be confident in the work our agencies do every day to keep our communities safe from all forms of violent extremism.”