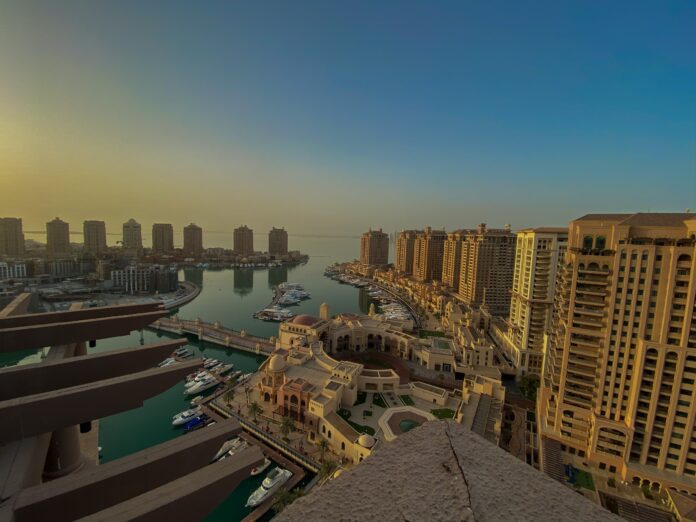 Qatar opens its property market to foreign nationals. Given that opportunity, foreigners who buy houses or shops in Qatar’s in 25 areas that most of which are in and around the capital Doha, have the right to call Qatar as their home.

With this opportunity, foreign nationals or investors who previously needed sponsorship from a Qatari business or individual in order to buy a place to live there, no longer need that condition.

By buying property worth $200 thousand, foreigners can have a place to live in Qatar for a certain period of ownership. Meanwhile, for a $ 1 million property purchase, they can get the benefit of permanent residence with freehold status, including schooling and free health care.

The Ministry of Justice of Qatar stated that with this policy, foreigners could own lucrative properties in Qatar. With an investment of $200 thousand, they can buy a 50 square meter property in the new Fox Hills in Lusail, north of Doha.

Meanwhile, if they buy it for $1 million, the foreigner can own a 330 square meter apartment in Pearl with amazing sea views.

“These areas have been designated because they have new and developed infrastructure and an amazing sea,” The official of The Justice Ministry, Saeed Abdullah al-Suwaidi said as quoted by AFP, Wednesday (11/11).

He added that the policy was a series of actions by Qatar to diversify the economy, which has been mostly dependent on fossil fuels. The scheme was also carried out to attract foreign asset toward the 2022 World Cup.

In addition, efforts were also made to help increase the absorption of excess supply, which has left a number of property buildings in Qatar half empty, causing prices to fall by almost a third since 2016.

Meanwhile a real estate agent promoting the scheme to his clients said the entire property ownership will also be taken care of so that expats and locals work together and try to promote a long-term outlook for Qatar. “

“As the hype around 2022 rises, I think this will naturally create more demand,” Oliver Essex, a Doha-based real estate agent for Sotheby’s, said.

The Qatari policy is welcomed positively by a number of foreign nationals. One of them is Tina Chadda, a marketing director from Kenya who has lived in the country for the past 15 years.

Previously, she did not want to buy property in Qatar.

“The reason I didn’t buy early was because there were so many gray areas,” she said.

She said because of the policy, he had now changed his mind to buy property in Qatar to serve as permanent residence.

“I think this will allow me to feel more comfortable now,” she said.

Not only that, Qatar’s policy will also allow her to bring her family, including her parents from Nairobi to Qatar.

“It’s a safe country compared to Kenya,” she said.

Qatar has long relied on foreign investment and experts to turn their region into a city of skyscrapers. However, they rarely give foreign nationals the opportunity to easily or cheaply move permanently into the country.

This current scheme was once undertaken by Dubai, but for much greater price for the purchase of property.

Dubai is offering a 10-year residence visa for foreign nationals willing to invest $2.7 million. Originally, 40 percent must be placed in the property sector.

However, the ‘golden visa’ policy and investment passport schemes in that country as well as several other countries have not been free from problems. The reason is that the policy actually raises accusations that they have facilitated corruptors and money launderers.