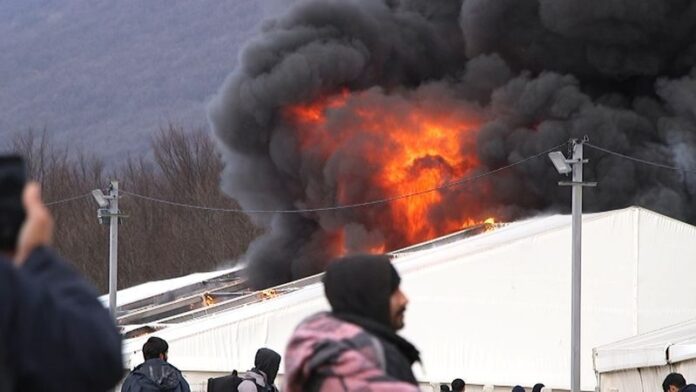 A fire broke out in a refugee camp in Bosnia on Wednesday local time, a day after the United Nations revoked the camp permit.

The incident exacerbated a crisis for the camps hosting thousands of migrants during the winter months.

Reported by AFP on Thursday (24/12/2020), the former resident of the evacuation witnessed thick black smoke rising.

The permit for this camp had been withdrawn by the United Nations earlier in the day due to lack of adequate heating, electricity and other essential necessities for winter.

There were no fatalities in this incident, but the refugee infrastructure was destroyed. This was disclosed by police spokesman Ale Siljdedic.

Police believe the flames were ignited by former residents of the camp located near the northwestern village of Lipa.

Officials have yet to find a solution to accommodate some 3,000 migrants in the area. The area is known to be a base for those trying to enter neighboring Kroasia.

The Lipa camp was set up in April as a temporary solution, humanitarian organizations have warned that the camp is not equipped with facilities in winter.

“For several reasons, mostly political in nature, never connected to a water source and electricity supply, and never had winter. And now, with these fires, it will never happen,” the head of the country’s International Organization for Migration mission ( IOM), Peter van der Auweraert said in a statement.

“This is a workers’ dream scenario: people have to be in, in warm conditions, as other European countries are doing this holiday,” he continued.