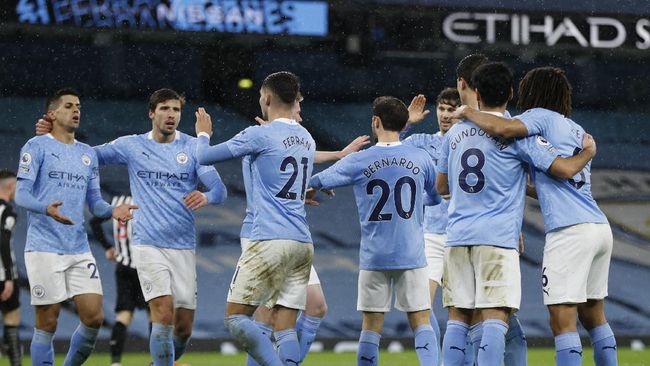 After Gabriel Jesus and Kyle Walker tested positive for Covid-19 on Christmas Day, five Manchester City players were said to have contracted the coronavirus.

The increase in the number of players exposed to the corona virus made the Premier League match between Everton vs Man City canceled on Monday (27/12) night or Tuesday (28/12) in the morning of western Indonesia time.

There is no mention of the five most recent players who have been contracted the corona virus, but this situation makes Man City’s schedule in the Premier League potentially disrupted.

In addition to the match against Everton which has been canceled, it is also possible that Man City will not be able to undergo the match at the weekend against Chelsea as reported by the Daily Mail.

The Premier League has confirmed there will be further tests for the Man City players.

Apart from Jesus and Walker, two Man City staff members who were previously known to be positive for Covid-19 have undergone independent isolation. The four people are under quarantine for 10 days according to government protocol.

Five players who were just known to have contracted the corona virus will also undergo isolation and quarantine.

Before Man City, another team in England whose members were exposed to the corona virus was Ipswich Town with a total of seven staff and five players who were known to have contracted the new variant of Covid-19.

The Stabbing in A Supermarket in The Netherlands, 3 People were Injured