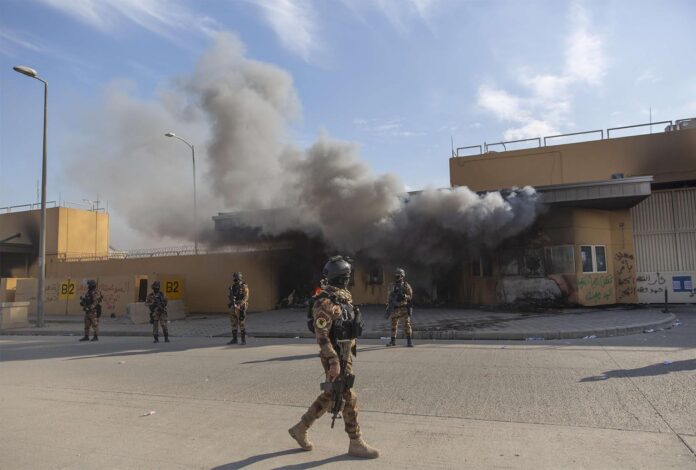 Several rockets exploded near the US Embassy in Baghdad, the capital of Iraq. This rocket attack occurred at the elapsed time, ahead of the anniversary of the death of Iranian General Qasem Soleimani of the US strike in Iraq.

As reported by the AFP office on Monday (21/12/2020), AFP journalists in the east of the Iraqi capital heard at least five explosions on Sunday (20/12) evening local time.

A few moments later, there was the roar of rapid gunfire and flashes of light in the night sky, indicating the US Embassy had activated the C-RAM rocket defense system.

A resource told AFP that at least three rockets landed near the US Embassy in the high-security Green Zone, while two other rockets hit a separate residential neighborhood.

A member told AFP that the victim was hit by rocket shrapnel, possibly caused by deflection of RAM or the explosion of an incoming rocket.

The US embassy and other military and diplomatic sites have been the target of dozens of rockets and roadside bomb attacks since autumn 2019.

Western and Iraqi officials have blamed hardline groups, including the pro-Iran faction, Kataeb Hezbollah, for the rocket attack.

In October, these groups came from an indefinite ceasefire, but Sunday’s attack was the third seen.

The rocket attack first took place on November 17, when rockets rode the US Embassy and various parts of the Iraqi capital. The attack killed a young woman.

Then on December 10, two convoys carrying logistical equipment for the US coalition-led helping Iraqi forces fight militants, were targeted by roadside bombs.