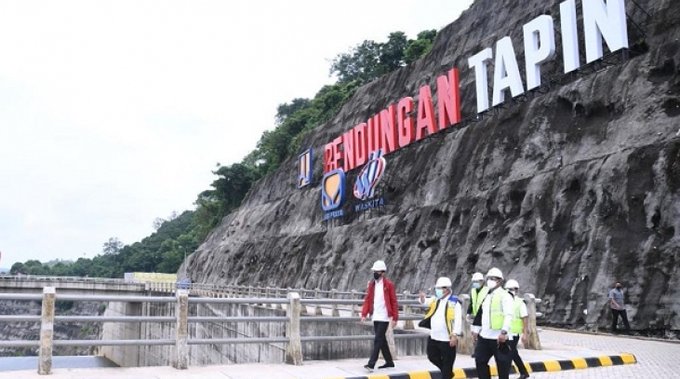 The dam, with a capacity of 56.7 million cubic meters, plays a significant role in controlling floods and strengthening food security since it can irrigate 5,472 hectares of farmland and supply 0.5 cubic meters of raw water per second, he stated.

The Tapin Dam, inaugurated by President Jokowi on Thursday (Feb 18), was built since 2015 at a cost of Rp986 billion. This dam has a capacity of 56.7 million cubic meters of water.

This dam is also capable of providing irrigation water for 5,472 hectares of land as well as raw water for 0.5 cubic meters per second and also produces 3.30 megawatts of electricity. President Joko Widodo (Jokowi) urged Governor of South Kalimantan and all district heads as well as mayors in the province to make interventional efforts to prevent recurrence of flooding by conducting large-scale rehabilitation of land.

In mid-January of 2021, South Kalimantan Province was hit by massive flooding that affected 10 districts and cities and displaced thousands of people.