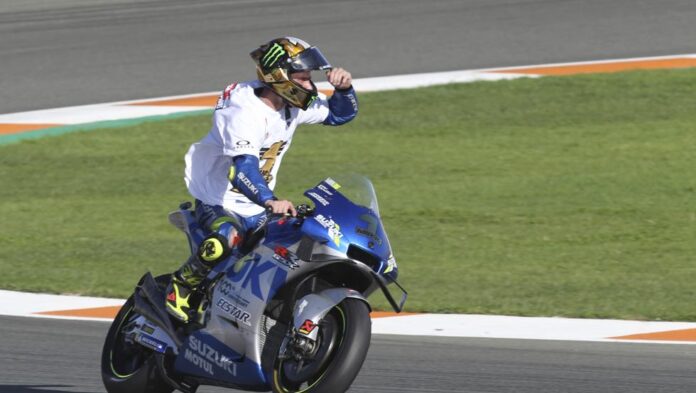 Joan Mir also appeared in 11th position after the start.

At the end of the first lap of the 2020 Valencia MotoGP, there were Franco Morbidelli, Jack Miller, and Pol Espargaro who respectively finished in positions one to three.

On the fifth lap, Joan Mir is already in 10th position. The situation in the race up to this point would still make Mir the world champion.

On the sixth lap, Johann Zarco fell! He seemed to slide into gravel on Turn 1. That incident made Joan Mir move up to ninth place in the race.

Entering the 15th lap, Franco Morbidelli, Jack Miller and Pol Espargaro were still in front. Meanwhile, Joan Mir raced steadily in 8th position which was enough for him to secure the 2020 MotoGP world title.

Until the last 10 laps, Jack Miller kept following Franco Morbidelli who was still leading the race. They were less than 1 second apart. In eighth position, Joan Mir continued to advance to the throne of world champion.

With 9 laps remaining, there was Takaaki Nakagami who crashed at Turn 14. At that time he was trying to overtake Pol Espargaro who was in third place. This also affects Joan Mir, who was then in seventh place in the race.

The last five laps, at the front, Jack Miller was already within the range of just 0.3 seconds from Franco Morbidelli. However, whoever the winner of this race, Joan Mir was still on the track to be the champion of MotoGP 2020. He was still in seventh position in this race.

Franco Morbidelli versus Jack Miller on the last lap! The two of them took over each other in the last round of the Valencia MotoGP. How fierce!