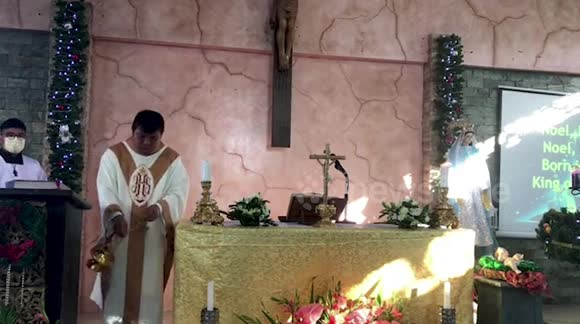 An earthquake measuring 6.3 on the Richter scale rocked the Philippines on Friday (25/12), according to the United States Geological Survey (USGS). Residents of the capital Manila reported buildings shaking and Christmas Day services disturbed but no reports of damage.

The quake struck in Batangas province on the main island of Luzon at a depth of 114 kilometers at 7:43 a.m. local time, according to USGS.

The USGS initially said the magnitude of the quake was 6.2 and a depth of 108 kilometers.

In the coastal city of Calatagan, about 90 kilometers south of Manila and near the epicenter, people attending Christmas mass remained calm when the quake struck, police chief Major Carlo Caceres told AFP.

“There was a pause in church services, but people didn’t panic,” Caceres said.

“This area is prone to earthquakes and people are more or less used to these natural phenomena. There were no reports of damage or casualties in the area,” he added.

“Office furniture and equipment shook, but nothing was damaged,” police officer Allan Megano said in the town near Balayan.

The Philippines is situated on the Pacific “Ring of Fire”, an arc of seismic activity that stretches from Japan to Southeast Asia and across the Pacific basin.