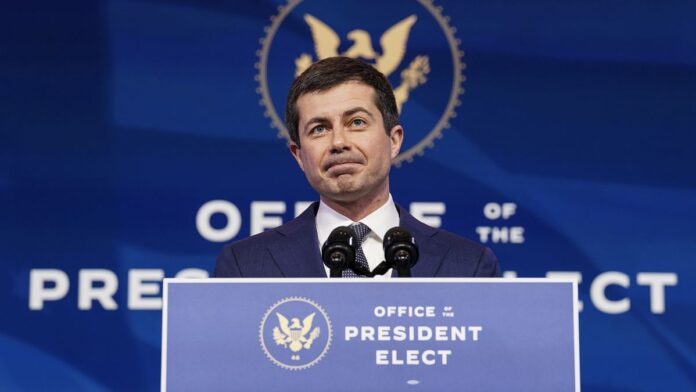 The US President-elect Joe Biden’s Minister of Transport, Pete Buttigieg, is the first US cabinet member with a gay (LGBTQ) status. Buttigieg did not hesitate to confirm his choice in front of the senate when introducing himself.

In a video released by ABC News on Twitter, Thursday (21/1), Buttigieg thanked Joe Biden for giving him confidence as Minister of Transportation. She also introduced her husband to the 26 senate members.

“I also want to use this moment to introduce my husband, Chasten. I want to thank him for his sacrifice and support in making it possible for me to perform this public service,” Buttigieg said.

Buttigieg, who graduated from Harvard and Oxford, was the first gay person to publicly launch a massive presidential campaign in the United States.

Previously, Buttigieg was Biden’s tough rival in the presidential nomination exchange within the Democratic Party. He competed with several candidates such as Biden, Harris, Vermont Senator Bernie Sanders and other Democratic candidates before eventually supporting Biden.

Biden candidly introduced Buttigieg as the youngest and first gay cabinet member in his cabinet.

“And today is the ninth, the first gay candidate to publicly chair the cabinet department and is one of the youngest members of the cabinet,” Biden said while introducing Buttigieg.

Previously, Buttigieg served as former mayor of South Bend, Indiana state for two terms, 2012-2020. He also suspended his duties as mayor to become an intelligence officer for the US Navy in Afghanistan.

In a poll before the senate, Buttigieg endorsed Biden’s climate policy of expanding green energy and building mobile power stations would more than offset the jobs that were sweeping over.

“I believe the president’s climate vision will create more jobs than the number affected by Keystone,” said Buttigieg.

LGBTQ in the US

Buttigieg is the first cabinet member in US political history to recognize himself as an LGBTQ member.

In an article published in Washington Blade, LGBT magazine, on December 17, 2020, Buttigieg had the honor of being the first LGBTQ when his name was mentioned by Biden as a candidate for minister of transportation.

“Pete Buttigieg will be nominated as Minister of Transportation, subject to confirmation by the Senate,” said Former US Ambassador to Luxembourg Jim Hormel.

“Upon his approval he will serve with full authority at the wishes of the president. He will be the first LGBT cabinet member to publicly introduce himself. His appointment, if approved, will be a milestone,” he continued.

Biden’s choice of Buttigieg was lauded by the Human Rights Campaign (HRC), which last month urged the president-elect to appoint LGBTQ people to senior positions in his government.

“His voice as a supporter of the LGBTQ community in the Cabinet room will help President-elect Biden rebuild our nation better, stronger and more equal than ever,” Alphonso David, president of the HRC, said in a statement issued after the meeting.