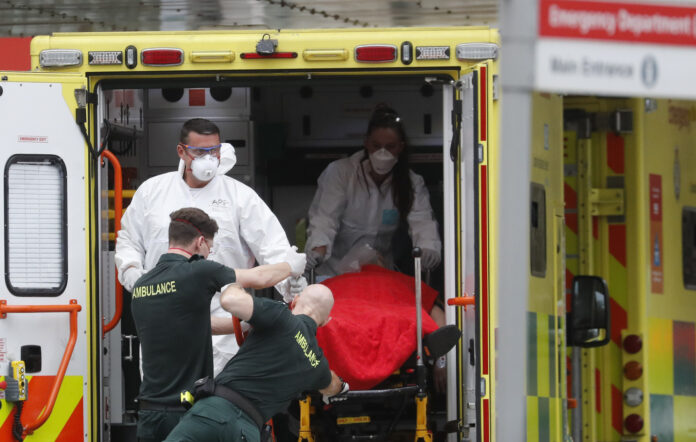 Several European Union countries have banned flights from the UK to stop the spread of the new strain of coronavirus, which is now spreading in southern UK.

Prime Minister Boris Johnson said on Saturday that the new variant of COVID-19 was rapidly spreading, with a 70 percent faster rate than existing variants causing an increase in cases in London and southern England over the past few weeks.

However he stressed that there is no evidence that these variants are more dangerous or cause more serious illness and also have no effect on existing vaccines so far.

Germany, who is now president of the European Union, also called an emergency meeting this Monday to coordinate efforts to tackle a new strain of the virus that could affect 27 EU member countries.

The Netherlands canceled flights from UK until the end of December, while Belgium banned flights for 24 hours from Sunday evening, and stopped train travel from the UK including Eurostar.

Austria and Italy have said they will ban flights from the UK but have not said clearly when this will take effect.

Italian Health Minister Roberto Speranza said a UK ban on flights was signed on Sunday and restricts anyone who is in UK for 14 days from entering Italy.

The flight ban will be in effect until January 6.

“The variant of COVID that was recently discovered in London is indeed alarming and this needs to be investigated by our scientists,” Speranza said.

The Czech Republic has also imposed more stringent restrictions on the movement of people from Britain.

The Eurostar high-speed rail network suspended services from London, Brussels and Amsterdam from Monday, but the London-Paris line is still operating.

“There are a lot of questions about this new mutation,” he said, adding that he hoped for additional clarity.

Apart from Europe, Israel is also banning flights from the UK, Denmark and South Africa, the three countries that reported a new COVID-19 mutation.