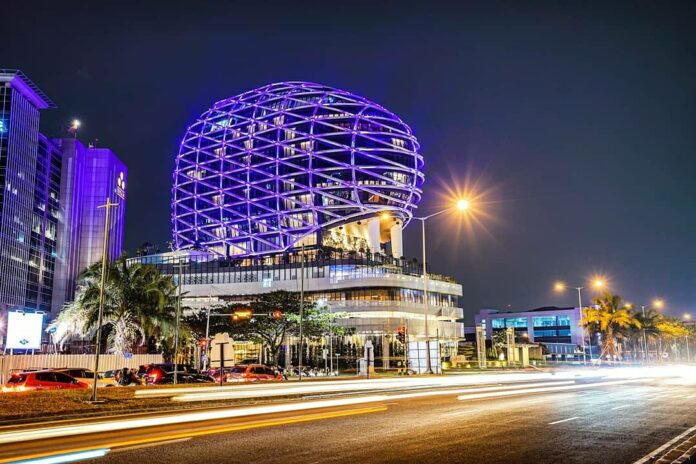 Staycation is predicted to become a new tourism trend in the midst of the corona virus pandemic, where staying overnight at a hotel in the city and close to home is one of the choices.

The enthusiasm of DKI Jakarta residents for a staycation in the Gading Serpong area and its surroundings is one of the reasons JHL Group opened this four-star hotel.

In the topping-off event which was held on Friday (28/8), the ranks of JHL Group also said that this new hotel would help promote tourism in the Tangerang and Banten areas, from the history of the suburb Chinese community to the Baduy tribe and did not rule out the possibility of going to Tanjung Lesung. – where the JHL Group opens the world’s second-largest claimed vanilla plantation.

“Later, we will cooperate with the local Tourism Office to hold cultural and historical tour packages around the hotel, besides guests can easily access shopping and culinary tours around the hotel,” said Venny Hermawan, President Director of PT Kontek Aja.

Talking about the history and culture of China and Baduy which are closely related to the Banten area, Episode Serpong also displays them in the themes of rooms built with deluxe and suite types.

In a Chinese-themed room, Peranakan motifs dominated by red, black and gold are the main accents of all the furniture in it, from lamps to cabinets.

Meanwhile, the room with the theme of the Baduy tribe has their signature motifs of woven fabrics filled with bright colors and rich graphics.

After opening in the early semester of next year, the rooms at Episode Serpong are planned to be priced starting from IDR 1 million.

Even though the price is quite competitive with many hotels that already exist in Gading Serpong, the comparison of room area and the luxury of leisure facilities will be their champion.

Named Episode, Venny explained that the philosophy of the name was taken from the meaning that the construction of this hotel is expected to continue in the future, with development plans in Bali, Lombok, and Labuan Bajo.

“I hope that the Serpong Episode will be the beginning of new episodes of our series of hotels in Indonesia, so that it can become a place of lodging that pampers guests as well as a place of business that advances the local economy by opening up jobs for local residents”

Currently, JHL Group has opened a number of hotels in Indonesia, namely the Solitaire Hotel in Serpong, Dvaree Diva in Kuta Bali, JSI Resort in Mega Mendung, and Dewa Resort Sihanoukville in Cambodia.