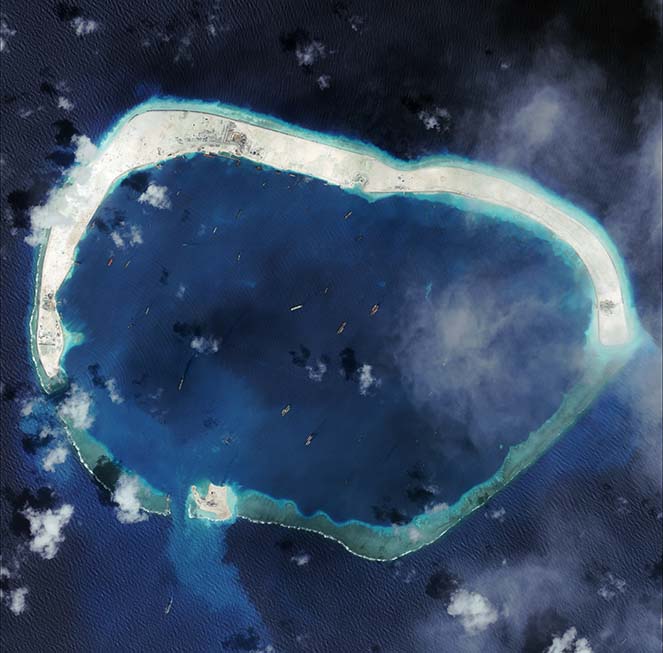 US Secretary of State Antony Blinken on Wednesday told his counterparts in the Indo-Pacific that the United States rejects Beijing’s excessive maritime claims in the South China Sea and highlighted evolving multilateral mechanisms such as the “Quad” in tackling global challenges.

China claims sovereignty over the majority of the vast and economically important Asian waterway, and in recent years has built artificial islands or expanded existing islands to bolster its claims. It has also built air strips, docks and military facilities on some South China Sea islands and asserted its broad maritime claims with coast guard ships far from Chinese shores.

On the disputed South China Sea, the new secretary of state, who assumed the post Tuesday, said the United States rejects China’s claims in the waters “to the extent they exceed the maritime zones that China is permitted to claim under international law.”

Tensions have grown over the South China Sea issue as the previous administration of President Donald Trump has slammed Beijing’s claims to offshore resources across most of the disputed waters “completely unlawful.” Beijing has overlapping territorial claims with Brunei, Malaysia, the Philippines, Vietnam and Taiwan in the South China Sea, which is believed to be rich in oil and gas deposits.

Beijing’s territorial claims are depicted on Chinese maps with the so-called Nine-Dash Line, a sweeping downward arc that encompasses most of the South China Sea.

Others with claims in the South China Sea — including Vietnam, Malaysia, the Philippines, Taiwan and Brunei — have rejected China’s assertions. In 2016, an international tribunal in The Hague ruled that China’s claim to sovereignty along the Nine-Dash Line had no legal basis in international law. Beijing rejected that ruling, saying the tribunal had no jurisdiction.