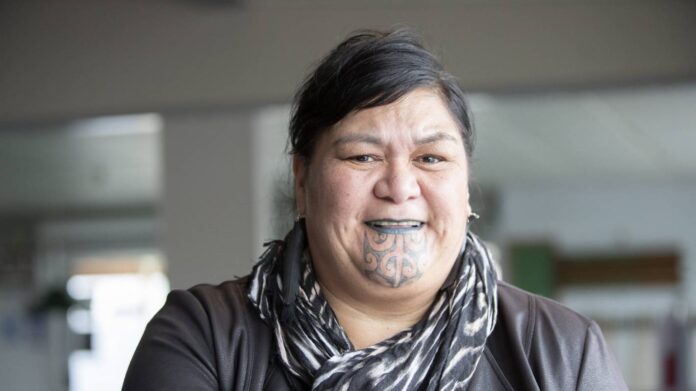 Jacinda Ardern recently reshuffled the cabinet for her second term. This year’s cabinet reshuffle has also received more attention because of the diversity of those chosen by Jacinda. Beside there is the first gay deputy prime minister, Jacinda also appointed Nanaia Mahuta who is a woman from the Māori tribe.

The appointment of Nanaia Mahuta as The New Zealand’s Foreign Minister is a breakthrough. This politician is the first woman elected as Minister of Foreign Affairs. She is also a descendant of the first Māori tribe to occupy this position.

It can be seen if she caught the eye because of the tattoo on her chin. It’s not just a picture, it’s a moko kauae, a traditional facial tattoo that Māori women usually do. The Māori themselves are native to New Zealand.

As for her new profession, she considers his appointment as Foreign Minister as a privilege. This 50-year-old woman also hopes that this can be the beginning of women’s involvement.

“I hope when people see the sheer number of the first women in this cabinet, it is something we will bequeath with. We are the first country to give women the chance to vote, the first country to ensure that we are at the forefront of solving issues related to women. ,” she said as reported by SBS News.

“So I am following the line of a long legacy of the ‘first’ women and I hope many other women of Māori descent, of mixed ancestry across New Zealand will see this as something that breaks once again into the things very close to us in terms of professional opportunity.,” Nanaia added.

Prior to becoming New Zealand’s Minister of Foreign Affairs, Nanaia Mahuta was the first woman to be elected by the minister for the development of the Māori tribe. This politician who comes from the Labor Party was first elected to the cabinet in 1996.

Nanaia Mahuta’s Tattoos Is As Identity

It is said that Nanaia is close to the native tribal kingdom of New Zealand. He is related to the family of the deceased Māori Queen, Te Arikinui Te Atairangikaahu and the current Māori King, Kingi Tuhaitia.

Although being a public figure, Nanaia used a moko kauae tattoo four years ago. She is also the first woman to have the tattoo in parliament. “It is a symbol of who I really am, my identity, and where I come from,” she said at the time.

The tattoo itself is a symbol that contains information about the status and history of a person in the tribe. It seems that lately not all descendants of the Māori tribe apply it because it is a tattoo that is rarely seen in everyday life. It is hoped that the tattoo on Nanaia Mahuta can show New Zealand’s native culture at the international level as Foreign Minister.