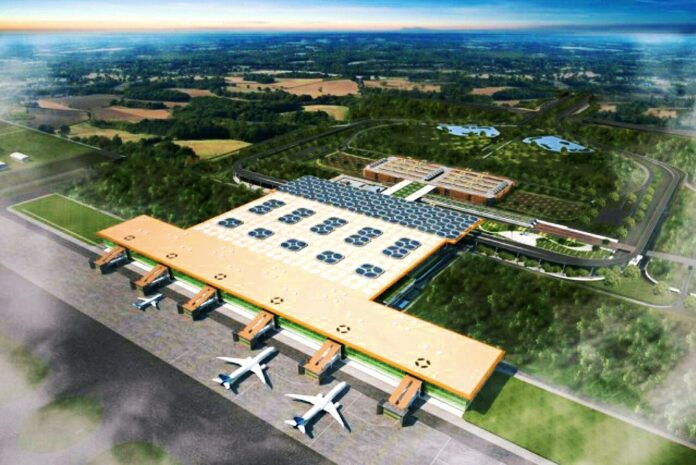 The inauguration of the airport was marked by siren emphasis and the signing of an inscription in front of Plengkung Gading under the kawung batik roof of the arrivals terminal.

At the same time, President Jokowi inaugurated the AirNav tower and the Tsunami Early Warning System.

President Jokowi landed at 09.15 WIB. He immediately reviewed all parts of YIA, including the Bendoro Kinjeng Wesi artwork and the panel on the south side of Kinjeng Wesi, an area that extends to the Kotagede Market area.

Jokowi appreciated the construction of an airport which is also called Yogyakarta International Airport (YIA).

This appreciation is aimed at all the advantages that YIA has over other airports, especially the old Adisutjipto airport.

With that, said Jokowi, YIA can serve various types of aircraft including the heaviest and wide-bodied, such as the Airbus A320 and Boeing 777. This is supported by a long runway.

YIA terminal capacity is also much larger, up to 13 times the previous airport. The Adisutjipto terminal area is only 17,000 square meters with the capacity to accommodate 1.6 million passengers.

YIA Terminal has an area of ​​219,000 square meters with the ability to accommodate 20 million passengers per year.

In addition, YIA has an earthquake resistance of 8.8 SR. Even the YIA terminal building is able to withstand tsunami waves as high as 12 meters.

All the advantages that exist in the airport are resolved quickly. The speed of development along with these advantages also received Jokowi’s appreciation.

“Yogyakarta International Airport has been completed 100 percent. This airport was worked on in just 20 months. That’s very fast, ”said Jokowi. Of the many advantages, Jokowi in particular expressed admiration for the YIA architecture. The airport is indeed filled with artwork from the entrance to the area to the terminal.