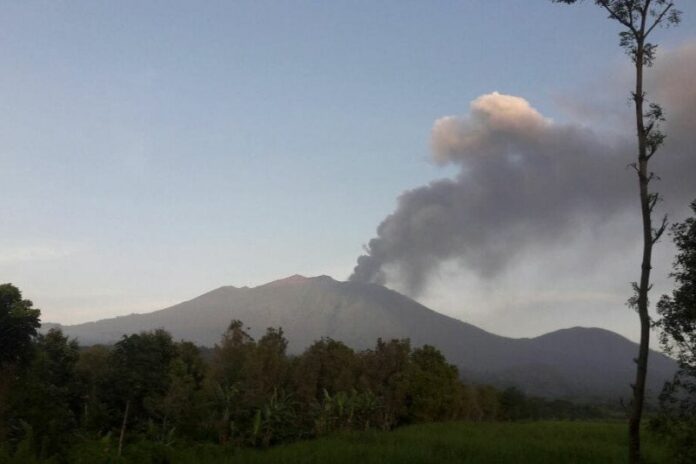 Many residents of the affected villages suffered minor eye irritation while outdoor but they were urged to remain calm. The erupting mountain spewed a smoke column reaching a height of 1,000 meters above the top of the crater. Weak to medium pressure crater smoke was observed in gray color with moderate to thick intensity.

The 3,332-meter-tall Mount Raung experienced continuous microtremor recorded at an amplitude of 3-20 MM (dominant 6 MM). The Banyuwangi Airport in East Java Province on Sunday was temporarily closed due to volcanic ash from the eruption of Mount Raung because it poses a risk to flight safety. Based on observations carried out by the Meteorology, Climatology and Geophysics Agency (BMKG), Mount Raung’s volcanic ash had reached Banyuwangi Airport.

Covid-19 in Indonesia Is Like India, Slowly Rising Steadily