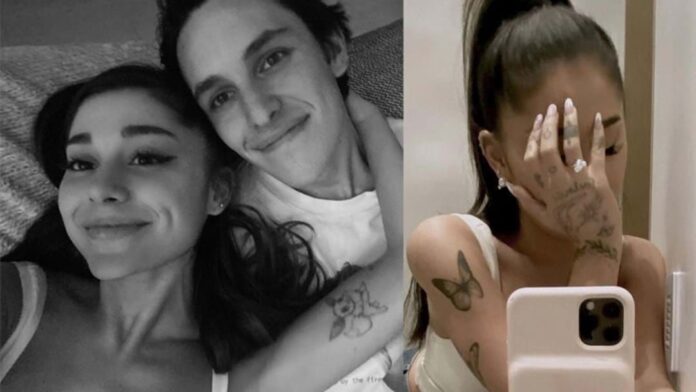 Ariana Grande is officially engaged to her boyfriend, Dalton Gomez. Grande also showed off her jewel engagement ring to the public through uploads on social media, Monday (21/12) in the morning of Indonesia time.

“Forever and then some,” Grande said in the caption of a number of photos in one post, some of which also depict the intimacy of Grande and Gomez.

A source told People that Grande’s engagement to Dalton Gomez made both families very happy.

“Congratulations to these two wonderful souls. Ari we love you and couldn’t be happier for you. Dalton, you are a lucky man,” Ariana’s manager, Scooter Braun said.

People reported that a source said earlier this year the two began dating in January and they were in quarantine together at Grande’s Los Angeles residence during the pandemic.

“Ariana doesn’t want to have a relationship that is exposed again so she wants to take care of it personally, but she is very happy with Dalton,” a source close to the two told People in March.

The Number of Foreign Workers Has Increased, Exceeding the Number During...