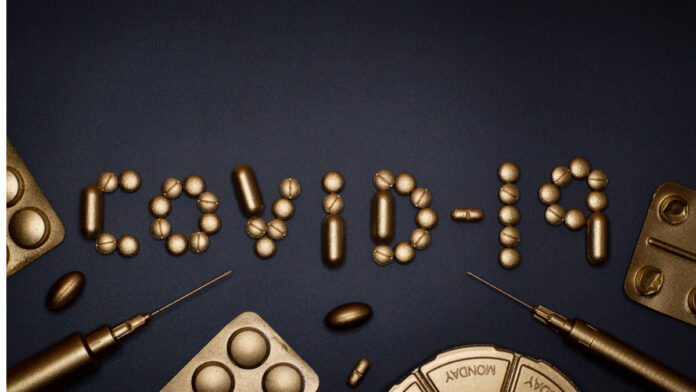 The latest variant of the SARS-CoV-2 virus has been worrying people these days. The World Health Organization (WHO) refers to this variant of B.1.1.529 as Omicron.

Omicron, which was first discovered in South Africa, is known to be a variant that has many strains or mutations. The number exceeds the strains of the Alpha, Beta, to Delta variants that still dominate today.

This new variant has also been designated by WHO as a Variant of Concern (a variant of concern). The following is information about Omicron, as compiled from various sources.

Omicron variants were first identified in South Africa, then in Botswana, Hong Kong to Belgium.

The WHO said specimens from South Africa’s first known variant case were collected on November 9, and now the number of variant cases appears to be increasing in almost every province in the country.

The low vaccination rate in adults, less than 36%, makes South Africa vulnerable to exposure to the new variant of the coronavirus.

South African officials initially said there was one confirmed case in a traveler from South Africa to Hong Kong.

The same thing happened in Belgium. There was an individual who had recently traveled from Egypt and was not vaccinated, tested positive for the variant.

South African genomic scientists say the variant has an unusually high number of mutations, with more than 30 key spike proteins, the structures that viruses use to get into the cells they attack.

Scientists fear the mutation could make the variant more infectious and could lead to immune evasion.

Dr. Anthony Fauci, director of the National Institute of Allergy and Infectious Diseases, told CNN International that scientists are working to find out if the variant can evade immunity.

He also said the mutation of this new variant could help hint or predict whether it would occur.

More ‘Fierce’ Than Other Variants?

Experts say they are very worried about this emerging Omicron variant because it is said to be more ‘malignant’ than other existing variants.

Previously the Delta variant triggered the Covid-19 spike in the United States (US) and helped drive the surge across Europe. One document from the US Centers for Disease Control and Prevention shows the Delta variant is as contagious as chickenpox.

Dr. Ashish Jha, dean of Brown University’s School of Public Health, said when experts look at other variants, it usually takes several months for that strain to become dominant, in other words, the type of virus that most commonly spreads in one area.

“This one became dominant very quickly in South Africa in the region where it was found. Within days to weeks compared to months,” said Jha. “Right now, the number of cases in South Africa is quite low, so it could be for other reasons, not just because it’s more contagious. But the pace is really unlike anything we’ve seen before.”

WHO officials also said in a statement that preliminary evidence suggests Omicron also poses a higher risk of reinfection, compared to other variants of concern.

Due to the emergence of a new variant, not a few countries immediately imposed travel restrictions from South Africa to curb the spread of Omicron.

President Joe Biden said he would restrict travel from South Africa and seven other countries from Monday as a precaution. Officials said the US travel restrictions would give the federal government time to investigate the variant.

Canadian Health Minister Jean-Yves Duclos will also bar entry to foreign nationals who have traveled through southern Africa in the past 14 days.

Jokowi’s Shoes When He Met Elon Musk Were in the Spotlight, Praised by Malaysians!