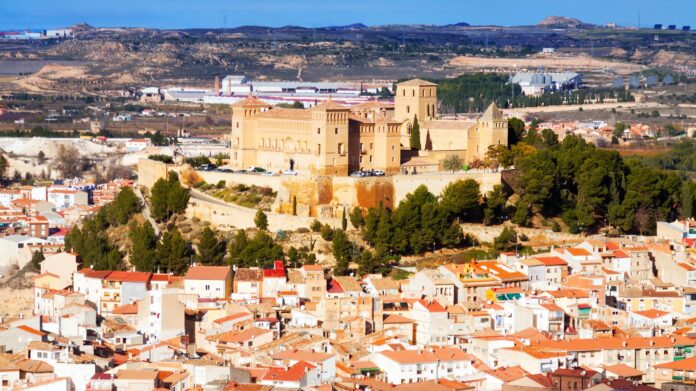 Usually, cities in Europe make castles or fortresses or the cities themselves as the main tourist destinations. However, the City of Alcaniz is different by making MotoGP Aragon as its main tour, cited from leading travel site, Tripadvisor.

Citing from the official MotoGP website, the MotorLand Aragon Circuit firstly hosted a Grand Prix in 2010. This destination is the sixth different circuit that has been used for GP racing in Spain, in addition to Jerez, Catalunya, Jarama, Montjuich and Valencia.

Spain is a country that is passionate about motorbike racing. This matador country has produced several great riders over the years including Angel Nieto, Sito Pons, Alex Criville, Dani Pedrosa, Jorge Lorenzo and Marc Marquez.

The Aragon MotorLand circuit opened in 2009 and was designed by renowned German architect, Hermann Tilke.

Years-long tradition of street racing has now been channeled into a more modern track, as the city hosted racing events between 1963 and 2003.

Then, what are the other popular destinations in Alcaniz City? For your information, this city has the title of a loyal and heroic city based on its history of battle.

Early traces of the City of Alcaniz are etched into the cave paintings of Val del Charco del Agua Amarga. This destination is declared a UNESCO World Heritage Site, as broadcast by a local tourism site, Visit Bajo Aragon.

The city of Alcaniz has a castle steeped in history, the name Castillo de Los Calatravos. The castle, which sits on a hill, has an underground passage made back in the Middle Ages.

Alcaniz City also has another palace, namely Casa Maynar which become a town hall. There is also Casa Ardid which currently becomes a library and archive site.

There is a wide mix of building styles in Alcaniz City, from Renaissance to Baroque. All this merged into the industrialization period of the 18th century with the appearance of factories around the city.

A Group of Doctors Hit by a Car Bomb in Afghanistan, 5 Killed

‘Treasures’ in the Middle of Jakarta