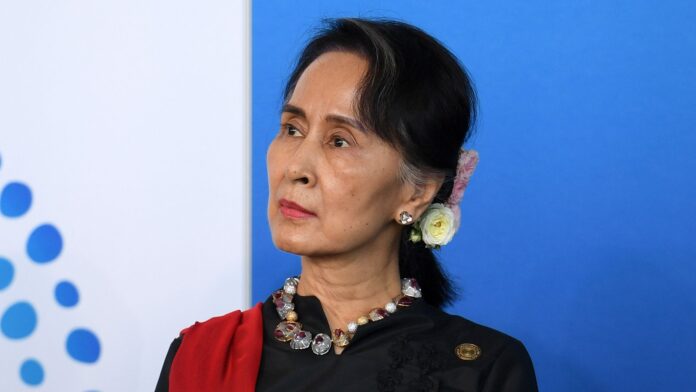 Aung San Suu Kyi’s National League for Democracy (NLD) party secured a majority of seats in Myanmar’s parliament so it can form the next government, according to the latest election results.

So far, the NLD has secured 346 seats in parliament, more than the 322 seats needed to form a government.

However, the opposition supported by the military is demanding re-election.

It is predicted that Aung San Suu Kyi will win the Myanmar election, even though the Rohingya are unable to vote. This remote island was built to accommodate 100,000 Rohingya refugees, but is called a prison. Aung San Suu Kyi denies the Rohingya genocide occurred. UN special envoy accuses Myanmar military of committing “crimes against humanity”

Prior to the announcement of election results, a number of leaders from around the world, such as India and Japan, had congratulated the NLD on winning.

This election is seen as support for the NLD and Suu Kyi after the Rohingya crisis.

The NLD remains popular at home country but has come under strong criticism around the world for Suu Kyi’s response to the crisis.

Hundreds of Rohingya Muslims fled due to a military crackdown – described by the United Nations as ethnic cleansing – in 2017.

Soldiers in Myanmar say they are targeting militias, a response that Suu Kyi defends.

The deprivation of Rohingya rights has led observers to question the credibility of the elections.

What are the disputed election results?

Myanmar voters went to the polls on Sunday (08/11). Election officials have yet to issue official results as votes are still counting. The winner of 64 of the 416 seats has yet to be announced.

The NLD claimed victory as soon as the vote took place on Sunday, saying it predicted it would win more than enough seats to form a government.

But the opposition, backed by the Myanmar military, accuses the government of misconduct, even though it provides little evidence.

In a press conference on Wednesday (11/11), the Union Solidarity and Development Party has not admitted the election results and called on the authorities to hold “free, fair, impartial elections and free from unfair campaigning”.

Before the elections occured, the military also said the initial vote had shown “errors” in the voter register and “widespread violations of law and procedure”.

So far the military has provided no evidence, while local and international observers say the elections were going well.

Myanmar’s electoral commission confirmed at a press conference that the elections had been “conducted fairly and freely”, adding that it could no longer be “more transparent”.

Are the elections controversial?

Observers have questioned the credibility of the election due to the deprivation of voting rights for almost all Rohingya ethnic groups.

Earlier this year, six of Rohingya people who applied as candidates in the elections were also barred to be elected. Other ethnic groups have also been affected.

In October, Myanmar’s election commission canceled a vote in large parts of Rakhine state – where fighting between the military and the Arakan Army, which is mostly made up of the Rakhine Buddhist ethnic group, has killed dozens of people and displaced tens of thousands.

The commission also canceled elections in several conflicted states, including Shan and Kachin, arguing that some regions were “not in a position to hold free and fair elections”.

The mass cancellations angered ethnic minority parties and meant nearly two million people were stripped of their rights in a country of about 37 million registered voters.

How are elections held in Myanmar?

Myanmar follows a first-past-the-post system, or ‘simple majority,’ which is based on proportions.

More than 6,900 candidates from 92 political parties and independent candidates ran for elections in 1,171 seats, according to the US-based Carter Center.

However, a quarter of all parliamentary seats are reserved for the military under a controversial 2008 constitution passed during the military rule.

Indonesia’s Inflation in 2023 Could Decrease But Remain High