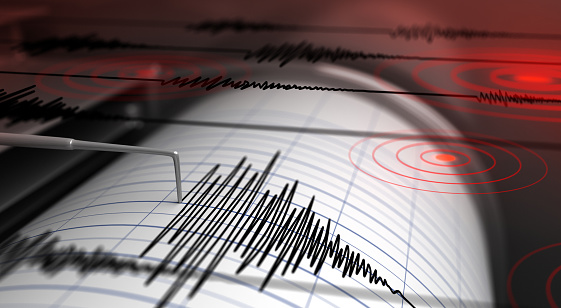 An earthquake with a magnitude of 5.6 centered in Sukabumi, Monday (21/11/2022) afternoon, was felt as far as Jakarta. According to the Meteorology, Climatology and Geophysics Agency (BMKG), the epicenter of the earthquake was located at coordinates 6.86° South Latitude; 107.01° East, or to be precise, located on land in the Sukalarang area, Sukabumi, West Java, at a depth of 11 km.

At 13.21.10 WIB the Sukabumi area, West Java was rocked by a tectonic earthquake. The results of the BMKG analysis show that this earthquake has an updated parameter with a magnitude of M5.6.

The epicenter of the earthquake is located at coordinates 6.86° LS; 107.01° East, or to be precise, located on land in the Sukalarang area, Sukabumi, West Java at a depth of 11 km.

Taking into account the location of the epicenter and the depth of the hypocenter, the earthquake that occurred was a type of shallow earthquake due to the activity of the Cimandiri fault.

The results of the analysis of the source mechanism indicate that the earthquake has a strike-slip mechanism.

Head of the Meteorology, Climatology, and Geophysics Agency (BMKG) Dwikorita Karnawati warned of the potential for aftershocks following the M 5.6 earthquake this afternoon. As quoted from the official BMKG Twitter, the earthquake occurred at a depth of 10 kilometers, Monday (21/11/2022) at 13:21:10 WIB.

“So what just happened was in a position around Sukabumi, Cianjur, around that area and was an earthquake caused by a shear fault with a magnitude of 5.6,” Dwikorita told reporters at the DPR RI building, Jakarta, Monday (21/11/2019) 2022).

“It is suspected that this is a movement from the Cimandiri fault so it is moving again. Then the depth of the epicenter is around 10 kilometers,” he continued.

Furthermore, until 14.00 WIB, the BMKG monitoring results showed that there were 15 (fifteen) aftershock activities with the largest magnitude of M4.0.

BMKG calls on the public to remain calm and not be influenced by issues whose truth cannot be justified.

The public is also advised to avoid buildings that are cracked or damaged by the earthquake.

Check and make sure the building where you live is sufficiently earthquake-resistant, or that there is no damage due to earthquake vibrations that could endanger the stability of the building before you return to your house.

Rely on High Technology, Indonesia Will Be Victorious in the Maritime...

Property Demand in 2023 is Projected to Slow Due to Mortgage...