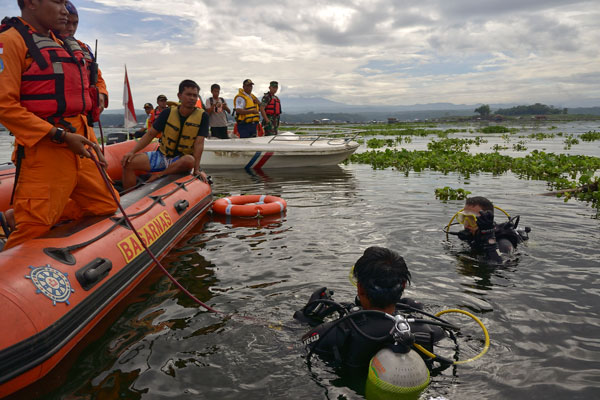 Head of the Bandung Search and Rescue (SAR) Office, Deden Ridwansah, said that unfortunate incident was discovered at around 12.10 WIB. His party received information from the Purwakarta District Fire Service at 15.20 WIB.

At around 15:38 WIB, the Basarnas Bandung rescue team went to the scene to carry out a search.

“It was reported that the boat headed towards the floating net from the edge of the lake. After traveling 20 meters the boat rocked, unbalanced and began to sink due to overload,” said Deden, Friday (1/1).

Deden said the boat driver jumped out of the boat to save himself in the incident.

After conducting a search, the SAR Team managed to find Ai Latifah’s first death victim (14). After a few hours, the bodies of four other victims who died were also found. The four names are Badar (25), Eneng (25), Aqila (5) and Jian (1).

Deden said, the victim named Badar did not actually take a boat. When the incident happened, Badar was at the edge of the pool and intended to help.

“After seeing the boat sink, Badar intended to help by swimming. But not long after, Badar drowned and was found dead,” Deden said.

The three other people, including the driver, were found safe.

“At 18.45 WIB when the victim was found, the SAR operation was closed. All elements of the SAR returned to their respective units,” Deden said.