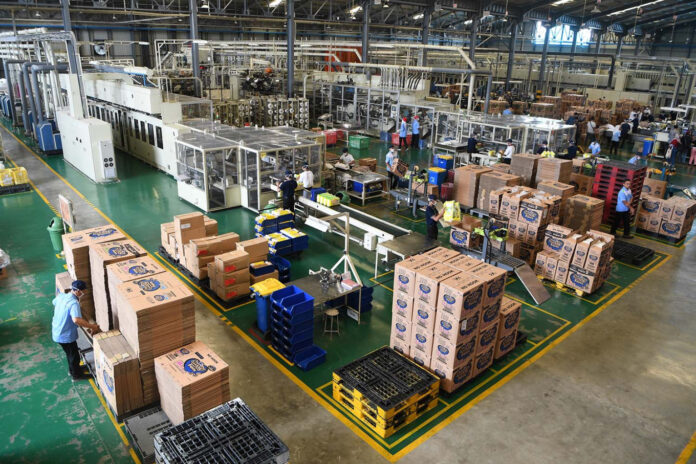 The Investment Coordinating Board (BKPM) noted that 119 foreign companies have the potential to relocate their factories to Indonesia. Of these, 59 companies are from Taiwan.

Deputy for Investment Promotion at BKPM, Ikmal Lukman, said that currently there are two Taiwanese companies that have relocated their factories to Indonesia, namely Kenda and Meiloon.

“Meiloon has started its operations in Subang Regency, West Java, while Kenda is active (the implementation process) with us and hopes that next year it can operate. We also really appreciate it, because I heard that many Taiwanese companies are relocating from China,” said Ikmal. in a webinar organized by the Indonesian Chamber of Commerce and Industry (Kadin) of the Taiwan & TETO Committee, quoted from the official statement, Sunday (30/8/2020).

TETO’s Deputy Representative, Peter Lan, said that the opportunity for cooperation between Indonesia and Taiwan is very prospective even during the COVID-19 pandemic. This is because Indonesia has become one of the countries included in the implementation of the New Southbound Policy established by the President of Taiwan, Tsai Ing-wen. According to him, there are 59 Taiwanese companies that have the potential to relocate their factories to Indonesia.

The same thing was said by the Chairman of the Indonesian Chamber of Commerce and Industry of the Taiwan Committee, S.D Darmono. According to him, Indonesia and Taiwan have their respective advantages which, if collaborated, can provide benefits for both countries.

“What needs to be done is to strengthen bilateral communication between the two countries, be it government to government (G2G) and business to business (B2B),” Darmono said.

According to researchers at the Indonesian Institute of Sciences (LIPI) Center for Economic Research (LIPI) Zamroni Salim, the cooperation that the two countries can build is in the health sector covering products and services, such as hazmat suits, medical devices, chemicals and pharmaceuticals, including vaccines.

This is because Taiwan is considered to have better COVID-19 management than Indonesia. It can be seen from the positive figure in Indonesia which has reached 169,195 as of August 29, while Taiwan has only 489 cases and currently the spread curve is flat.

“Meanwhile, one of the opportunities that can be developed by Indonesian entrepreneurs in Taiwan is the Care Center because in March 2018, Taiwan has entered an ‘aged society’ or an old society where the age is over 65 reaching 14.05%. By 2026, it is projected that Taiwan will enter the super category. -aged society in which at least 20% of the population is over 65 years of age. So that opportunities for services for the elderly, or caregivers are important, “said a researcher from the Chung-Hua Institute for Economic Research, Kristy Hsu.

In addition, other collaborations that can be developed are the telecommunications equipment sector and its components, R&D; service, IT security and big data management. This is because all these aspects are the advantages that Taiwan has had so far.

“However, the support of both countries is needed to be actively involved. Then, bilateral preferential arrangements in trade and investment,” said Vice Chairman of International Relations of the Indonesian Chamber of Commerce and Industry, Shinta Kamdani.

BKPM itself as the institution responsible for investment is aware of this. Therefore, BKPM made a breakthrough by simplifying the licensing process. Where if the company wants to get license B, then license A must be obtained first. However, currently, it can be obtained with parallels.