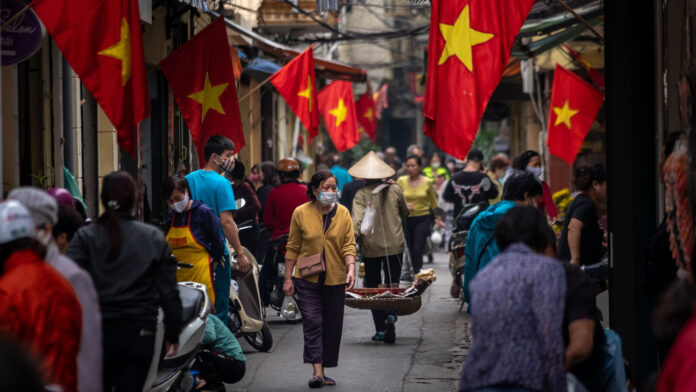 As reported by Reuters on Tuesday (2/2/2021), Vietnam’s Ministry of Health reported that the new outbreak had infected at least 276 people, and spread to as many as 10 provinces and cities in the country.

However, for the spread in the capital Hanoi – where 20 new cases were detected, Long said it would take longer.

“Gene sequencing shows that 12 of the 276 newly detected patients tested positive for the British variant, although the source of this outbreak is not yet known,” Long told a cabinet meeting. “We must carefully comply with the rules for wearing masks,” he added.

Thanks to mass tests and strict quarantine, Vietnam has managed to keep the total number of Corona cases in its region low which has garnered worldwide praise. So far, Vietnam has reported 1,851 coronavirus cases, with 35 deaths.

“Hanoi must step up measures to deal with this virus. The Ministry of Health will support the city in increasing its (Corona) test capacity to 40 thousand tests per day,” Long said in a statement.

A Hanoi Health Ministry official said that the Vietnamese capital had taken 15,000 samples since the latest outbreak was detected and currently has a capacity of 5,000 Corona tests a day.

On Saturday (30/1) local time, Vietnamese authorities approved the use of the Corona vaccine made by AstraZeneca after Prime Minister Nguyen Xuan Phuc stated that his country must already have vaccine supplies in the first quarter of this year.

The Vietnamese government previously stated that it was in talks to get 30 million doses of the Corona vaccine. Vietnam’s national media reported that the first supply, consisting of 50,000 doses of Corona vaccine, will arrive in March and the rest will be delivered in June.

Indonesia’s Economy Secret Key to Surviving During the Pandemic